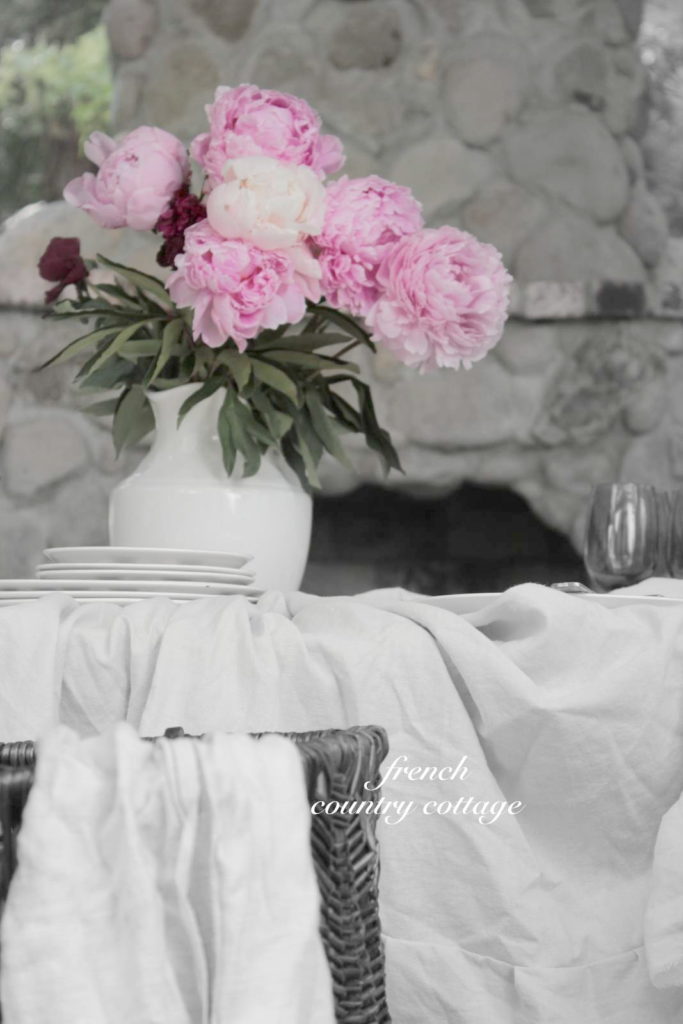 Remember that crazy insane seeming to never end
project that we have been working on that I told you about? 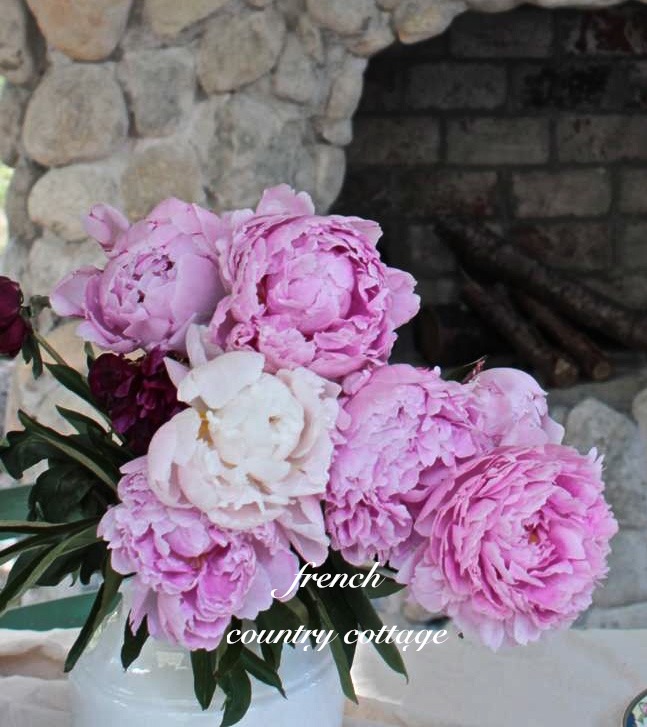 and was eating into my blogging time? 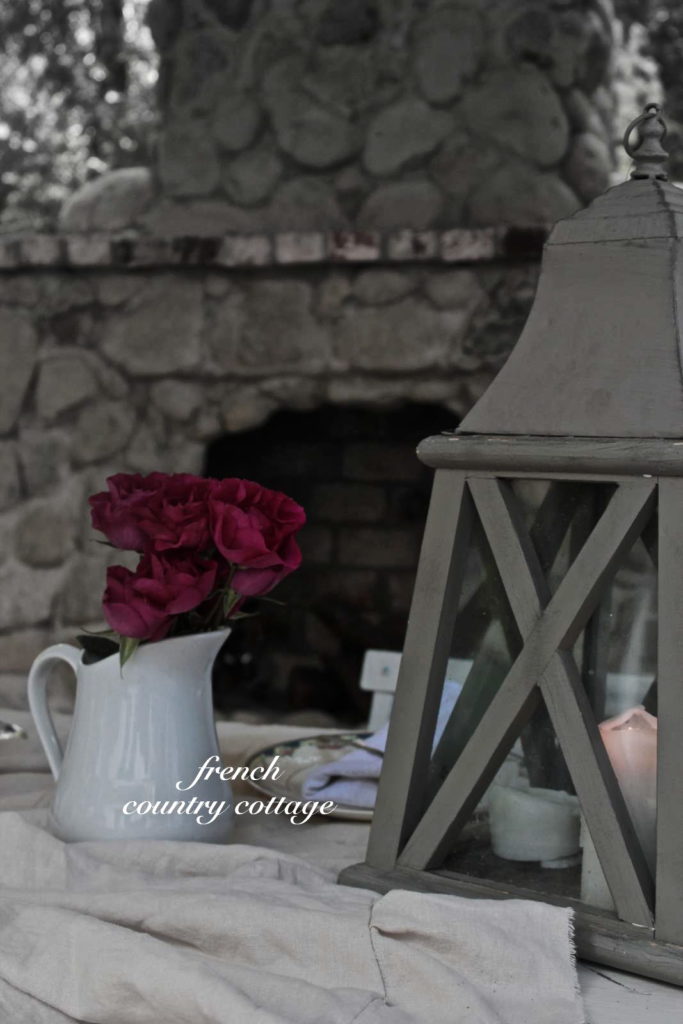 The one that requires that you be just a *little* bit looney toons to decide to take on? 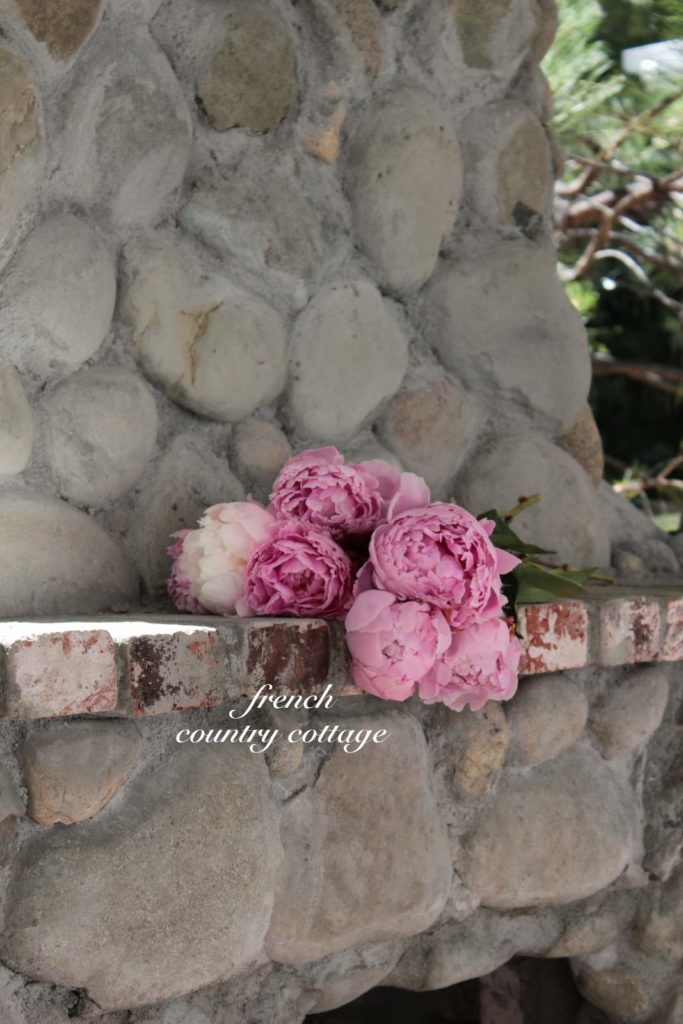 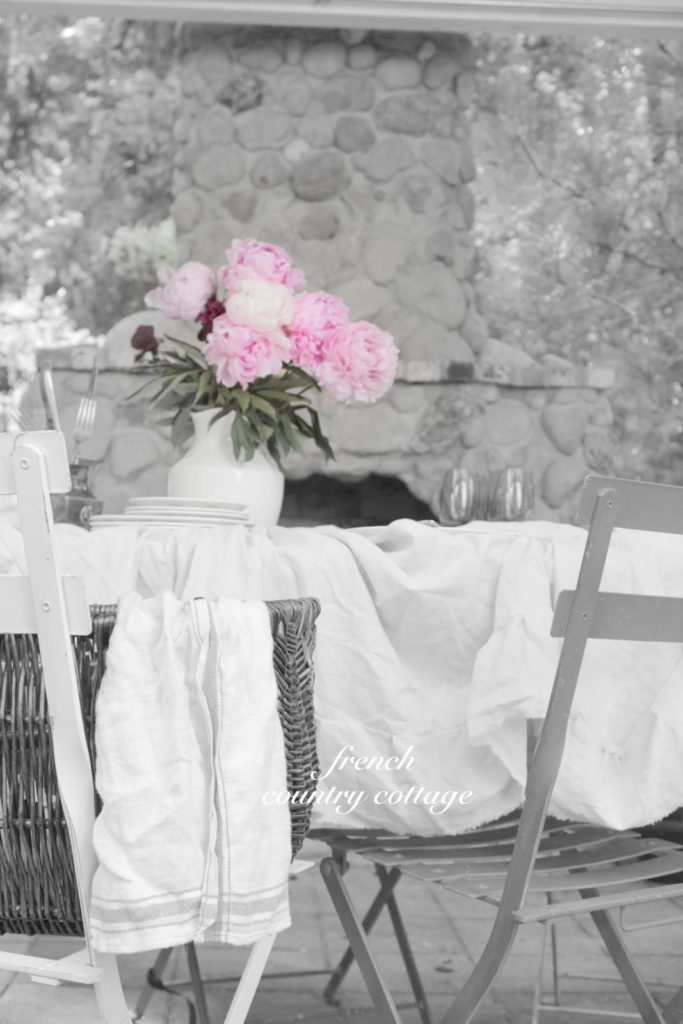 it just needed to be finished.
🙂
So…
here’s what we have been
busy, busy, busy
working on. 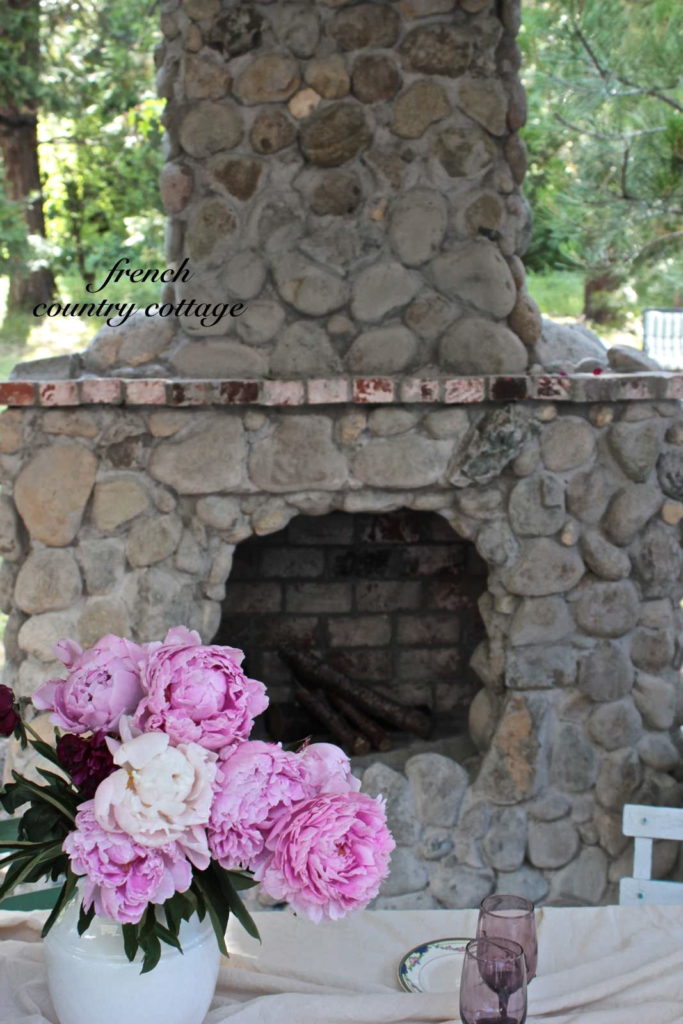 This months project with Lowes Creative Ideas was to make an outdoor space
more appealing and memorable and so we decided to build an outdoor fireplace for one of our backyard
entertaining areas. 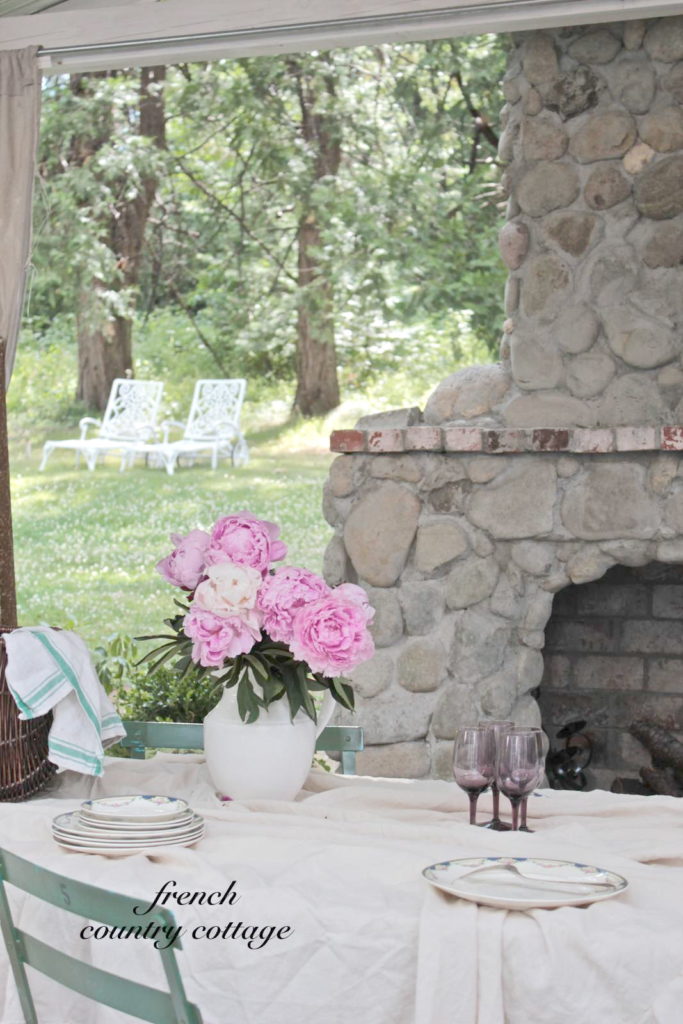 We designed the fireplace to be made of a simple construction of block and concrete.
We already had some concrete block that was leftover when we did an addition on our house
and so we used those and added to them with more concrete blocks, rebar and mortar
from Lowes. 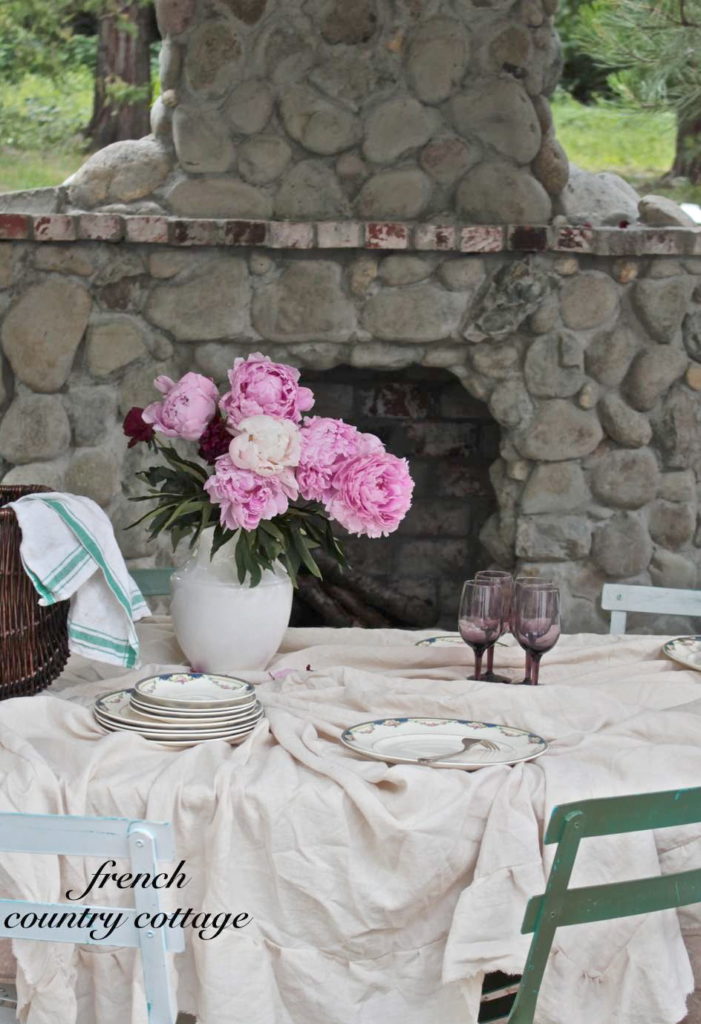 By stacking the blocks and filling the holes with concrete~
a fireplace ‘frame’ appeared.
The hardest part of the frame was hauling the blocks up the ladder to put
them on to create the chimney. 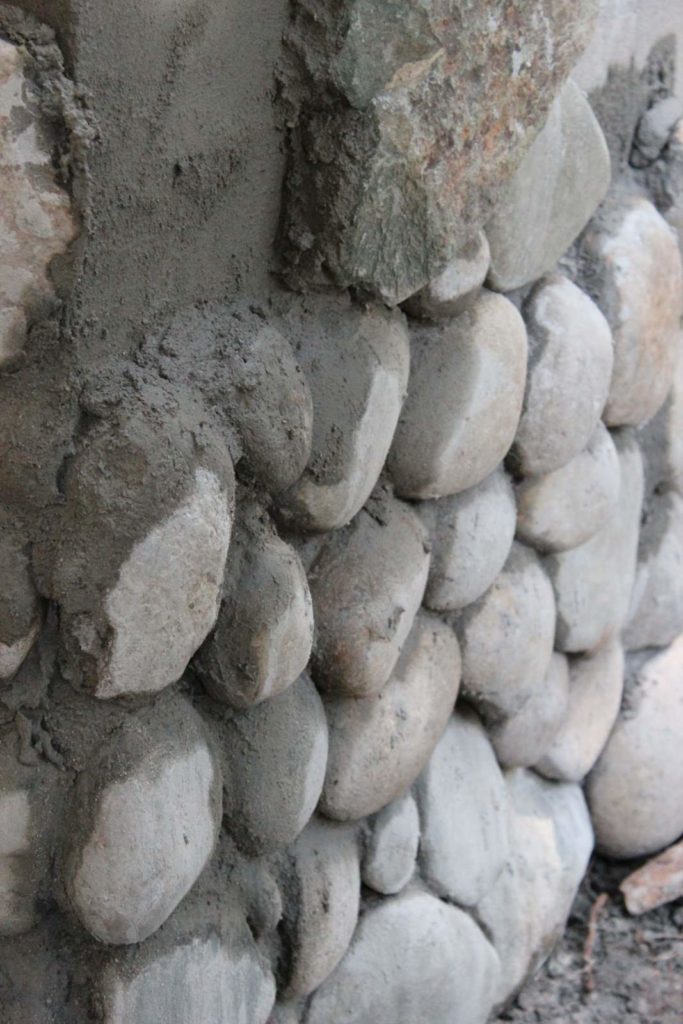 Once that was finished we started placing rock on it.
Messy, messy, messy.
Each and every rock needed to be placed by hand
puzzled together for what would fit and then mortared into place.
To finish the exterior~ we used river rock that came from a local rock quarry
You pick each rock- you load each one into the truck and they charge you very little
Note:
River rock is not the easiest to work with… the prefab stone you can buy at the store would
have gone on in just a couple days probably- so it is a definite trade off.
We found the used brick at Lowes and lined the inside of the fireplace as well as created a mantel
They were perfect for the mixed look we were looking for. 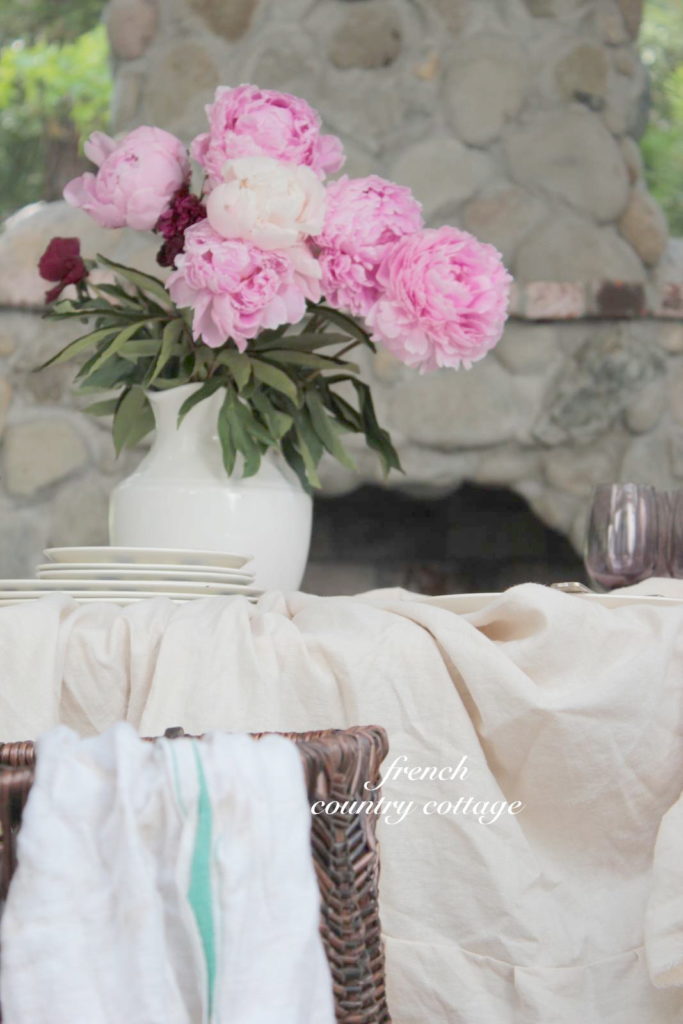 We wanted the fireplace to look like it had been here for awhile
and like it had always belonged.
So we weren’t particular about the thickness or color of the rock and went with
a random placement for more storybook look.
I think it adds a ton of character, charm and age to this newly built structure. 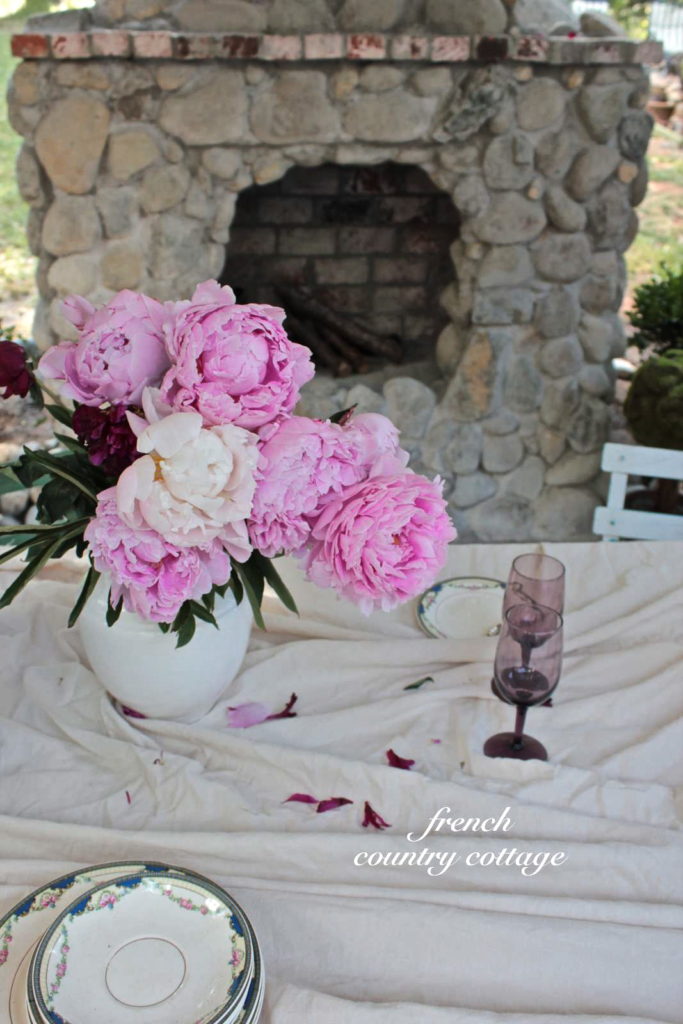 We aren’t completely finished~ we need to file off some of the extra mortar
and then coat the rock with a sealer
but then~this project will be officially wrapped up!
(Phew!) 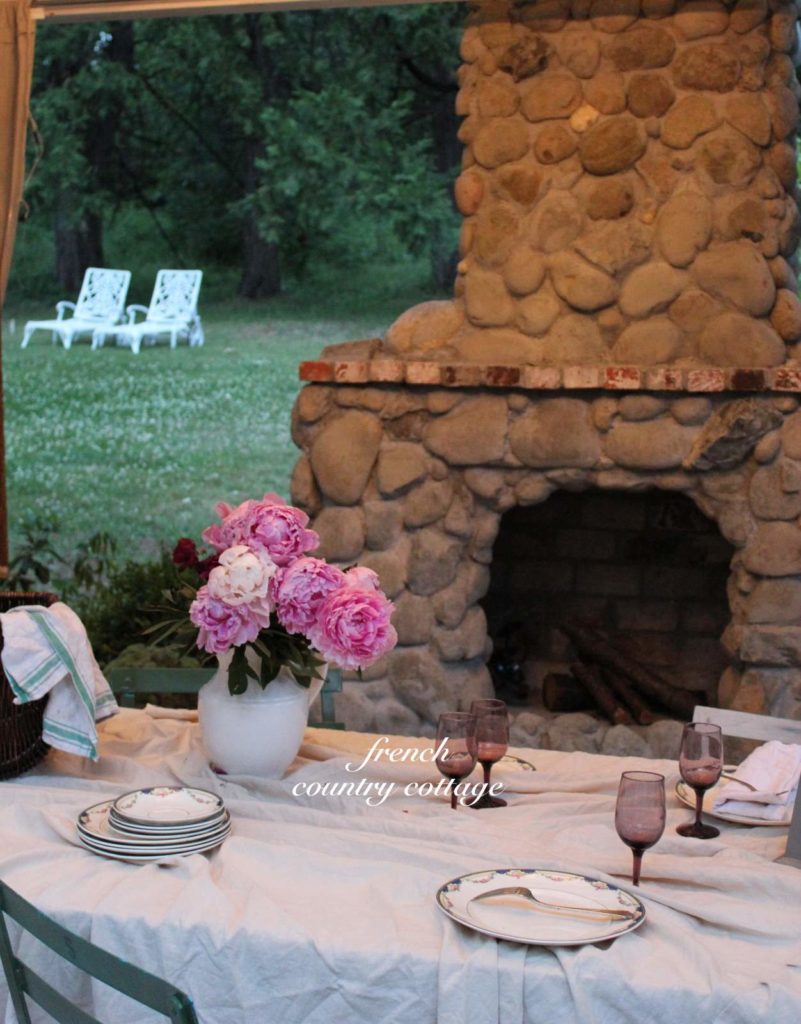 The fireplace sits at the edge of another new area that we have been working on…
and I’ll share more of that and the patio’s new look and more about the fireplace soon!
🙂

I was compensated for this post as a member of the
Lowes Creative Ideas Network of Creators and Influencers  but the designs and opinions are my own. 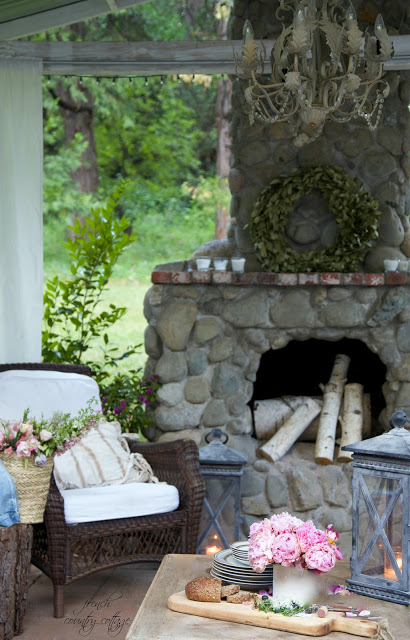