I shared the bookshelves that hold my collection of whites out in the guest cottage
recently and promised to share a bit more about how they were built. 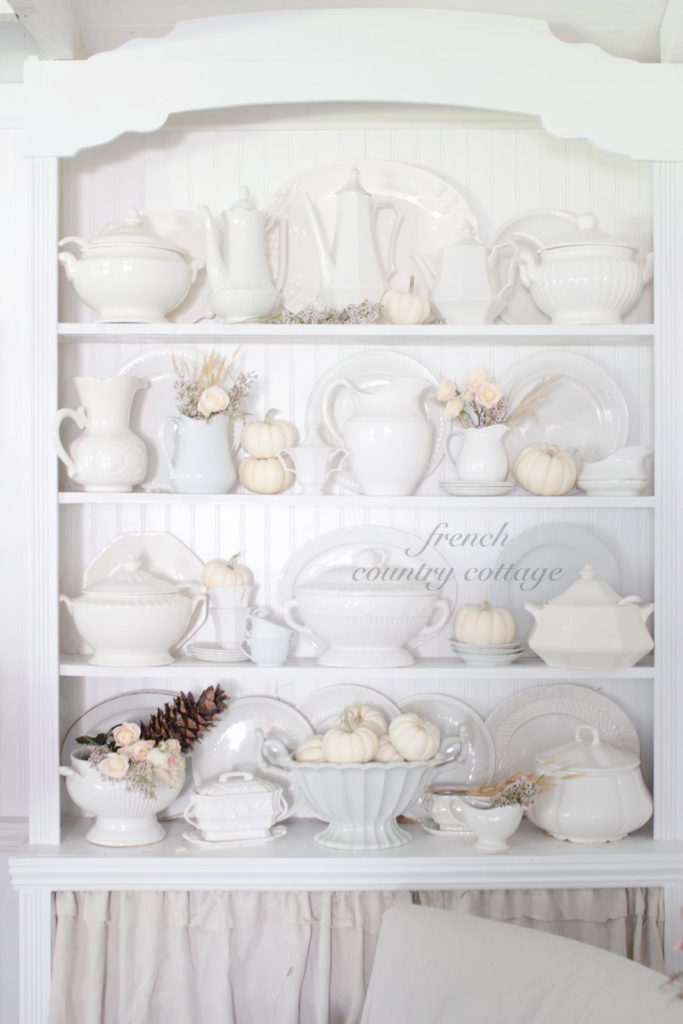 I was a bad blogger who was under a major time crunch to get this room done
and so I didn’t take as many photos of the process of building them
I was too busy running around building-
but I did grab a few photos with my phone of the process.
We were basically starting from scratch having removed a lot of what was already there.
We put bead board up on the walls- and the bottom half of the wall bumped out just a couple of inches.
because the guest cottage is built somewhat sunken into the ground and has half concrete walls.
It also has a concrete floor- which is far from being perfect or level.

Oh yes, building level bookshelves that measure level and that appear to be level-
with uneven all around is loads of fun.
Let’s just say it made me question
just why I thought built in bookshelves were a grand idea. 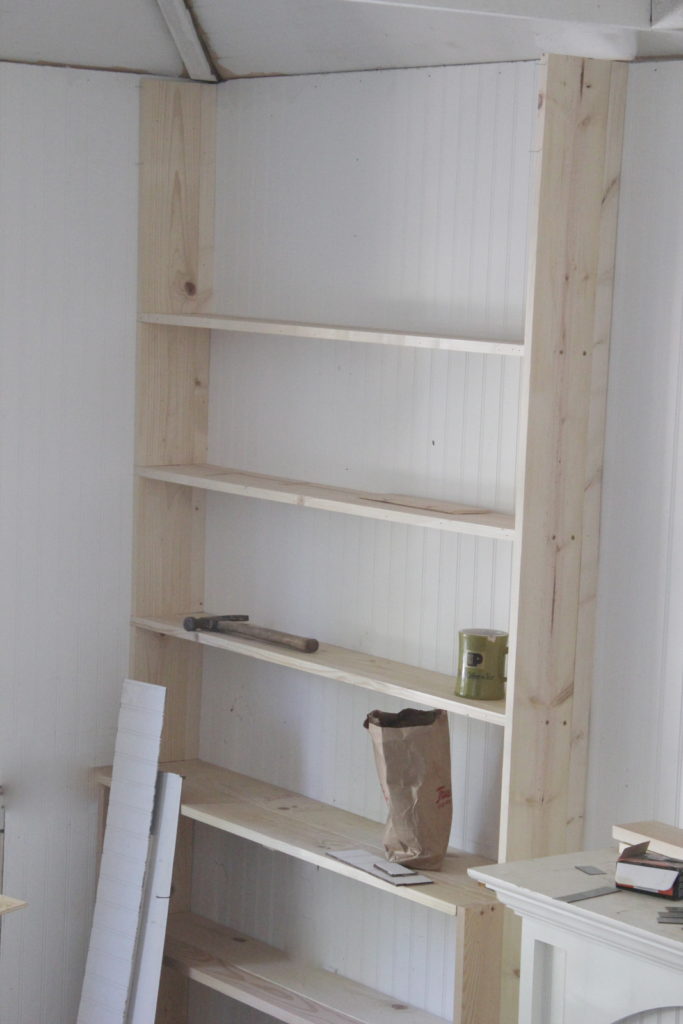 We started by measuring the size of the width that we wanted.
I am a symmetry girl- and wanted a bookshelf on each side of a fireplace- so given the measurements of the space- and the measurement of the fireplace we were planning to use-
the bookshelves each measured 4′ wide.

(There was an older fireplace mantel/surround shell originally in the middle of the wall-
and so that stayed to give us a bit of an idea while working.
Plus, it was a great spot to put all the tools and caulk, etc.
😉 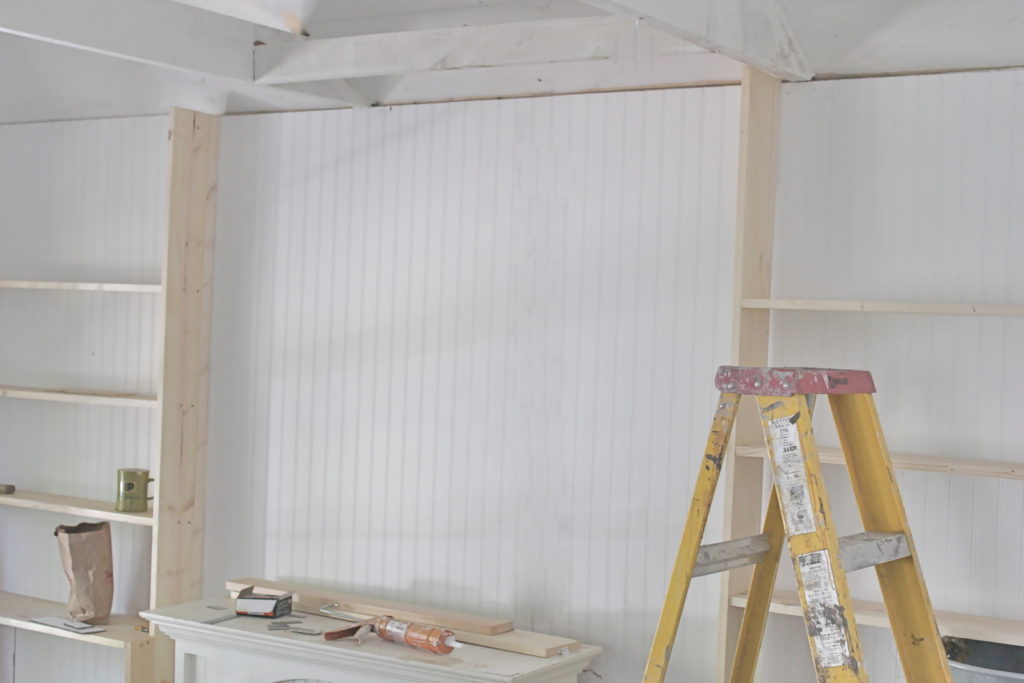 The bookshelves are constructed of pine~ simple, easy and inexpensive

and it tied in well with the exposed pine beams that are original to the building.
After the framing was up~ we added the shelves by securing them
with small screws and nails and we had the beginnings of shells of the bookcases.
I wasn’t sure just how we were going to dress the top of the bookshelves.
I knew I wanted them to look like pieces of furniture with a crown or something to finish them.
The crown moulding we were originally thinking of using looked a bit too flat with the lines of the ceiling
but I had an old vintage bed headboard that had a nice curve and detailing to it
and thought… why not. 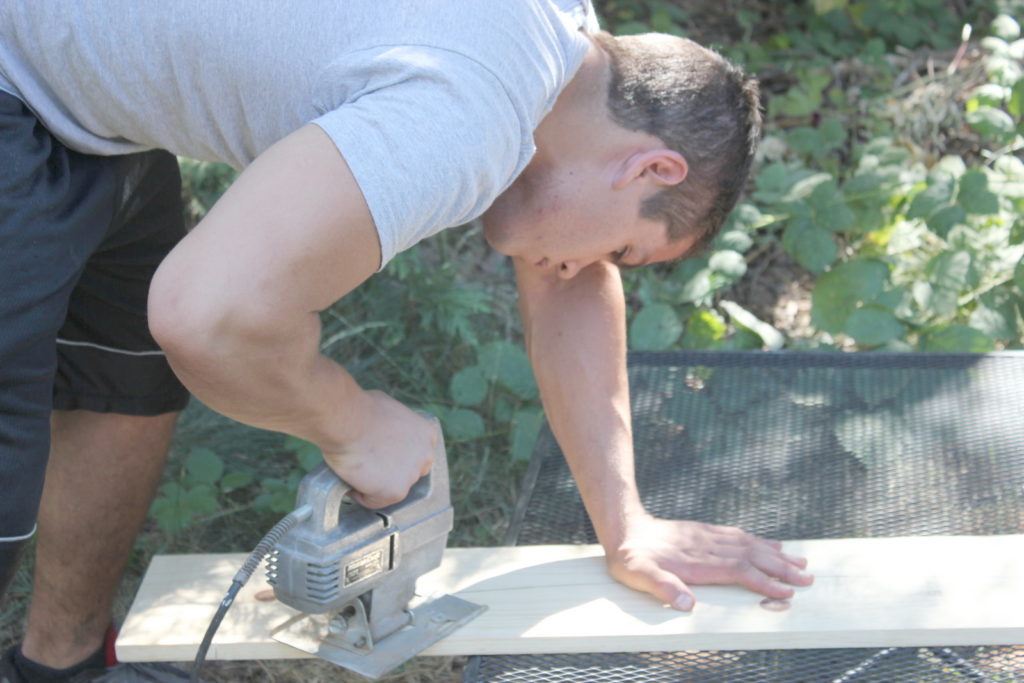 So  I traced the frame onto pine boards and Ryan cut them out.

Yes, that is my grandfathers old jigsaw.
It actually works better than the jigsaws of today and we love that when we were using Gramps’ tools-
it was kind of like he was helping us to build.
After sanding them with a handheld sander- the curves and edges were smooth
and we put them up to see how they would look. 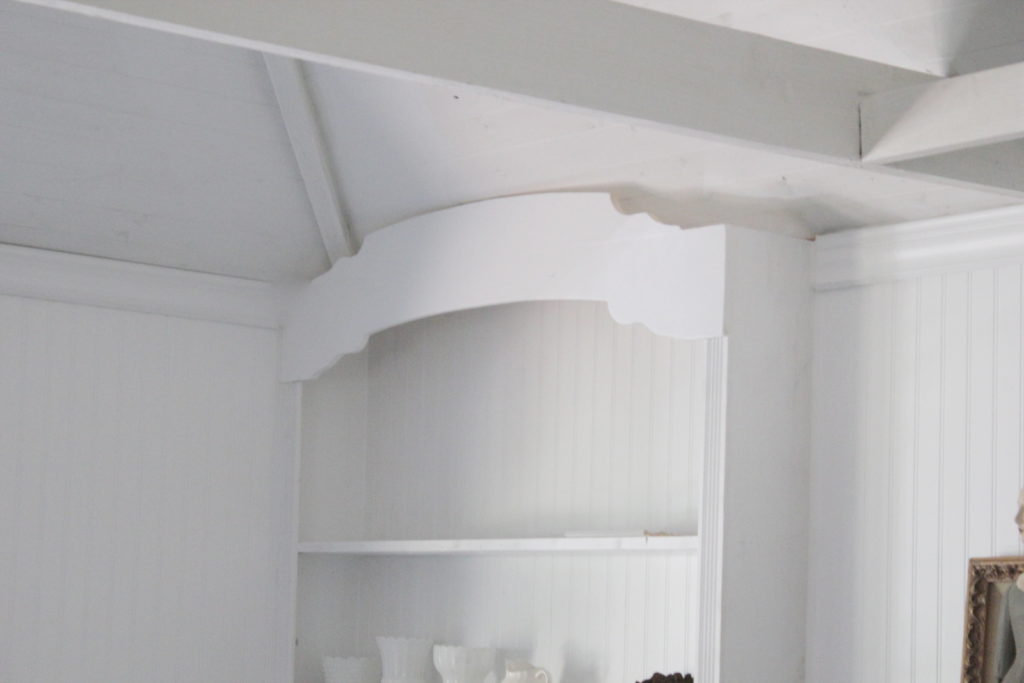 The bottom part was perfect – I love the little details at each corner and the center arch
but they needed something along the top.
Ryan had an idea to take the piece that had been cut out and use it on top of the board.
( did I ever tell you my boys were stars in wood shop designing and creating unique projects?)
The other piece of the board worked perfectly and it really made the bookshelves look very unique.
After that it was a lot of sanding, caulking, painting and finishing up the bookshelves
with fluted trim and mouldings and detailed trim along the front of the shelves. 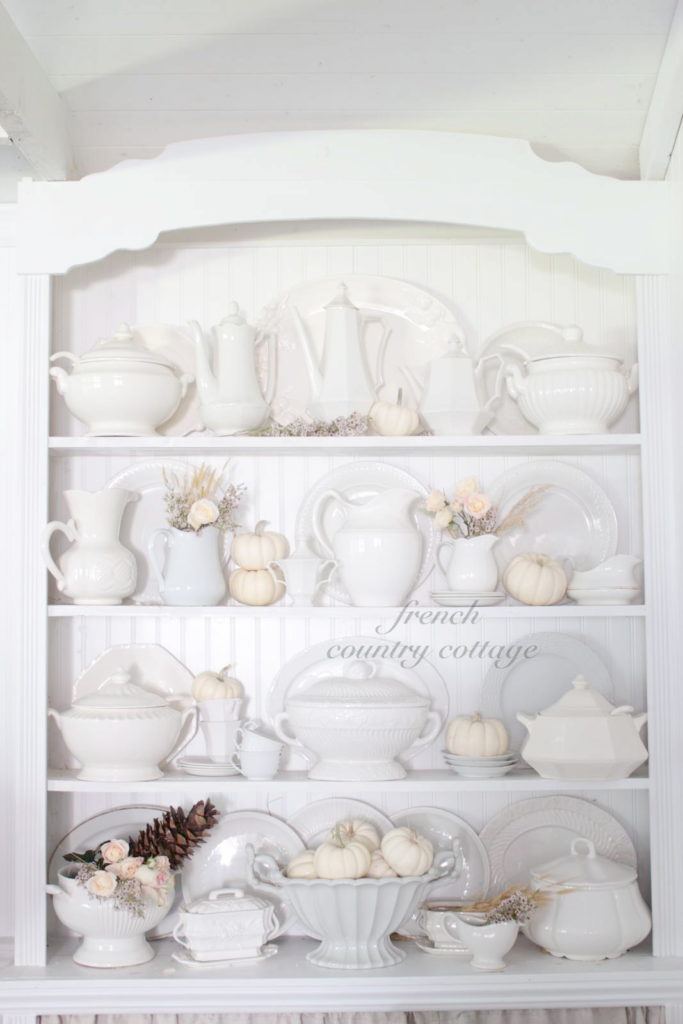 For the bottom shelf area
I sewed a couple of drop cloth panels and put them up with tension rods.
Then it was time for the fun part~
to fill them with treasures. 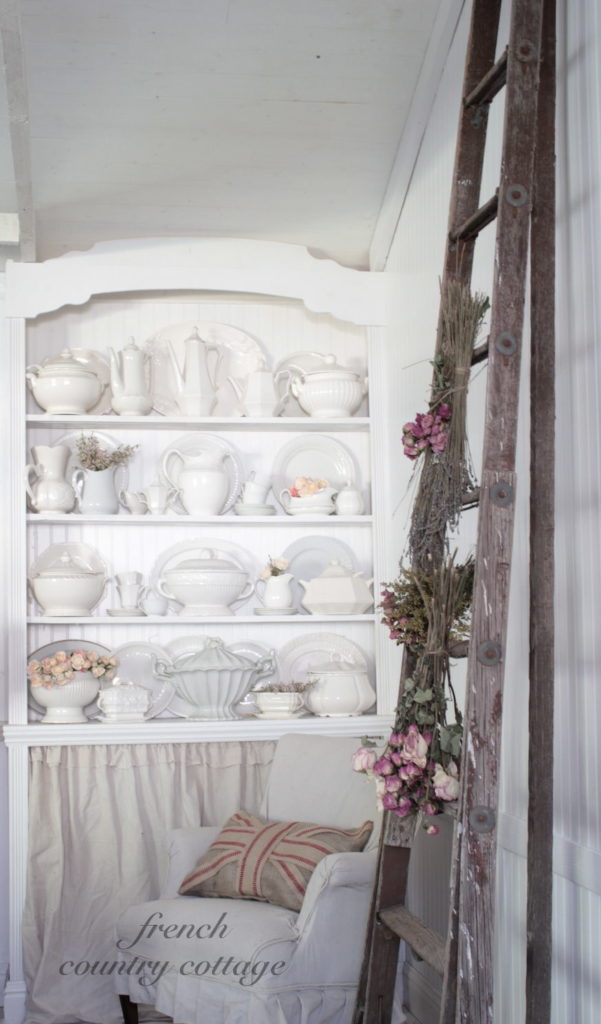 I love how these bookshelves turned out
and they really do make such a statement in this room and I love that old charm they have.