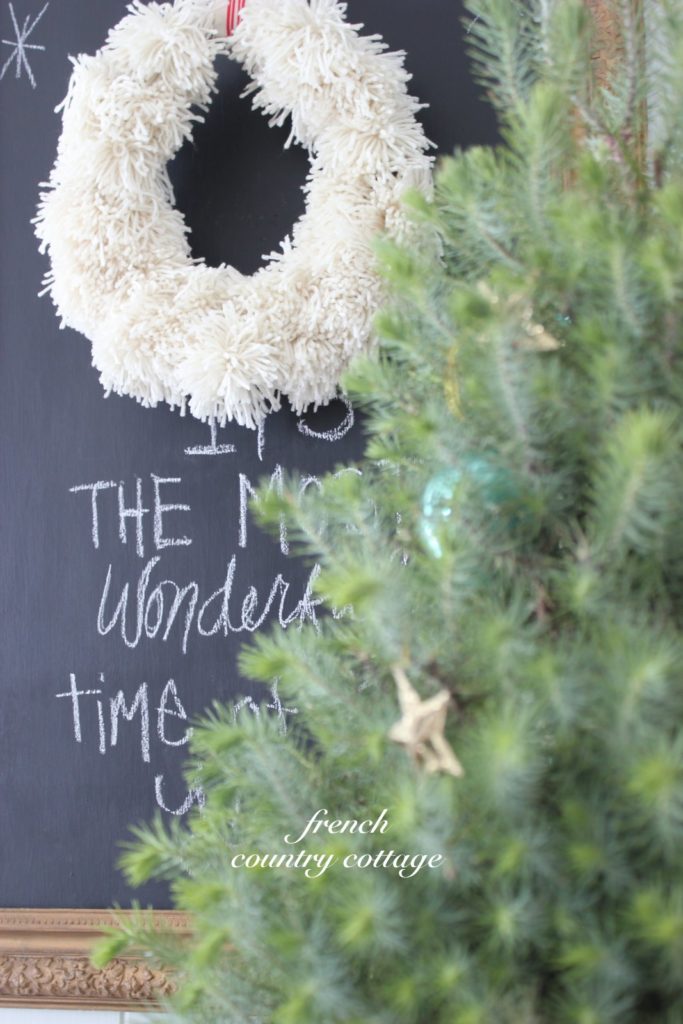 I was browsing through Anthropologie and there it was.

A beautiful creamy soft and floaty looking pom pom wreath.
It was like a wreath covered in big vanilla scoops of ice cream.
With a sweet neutral color and vintage inspired charm
I adored it. 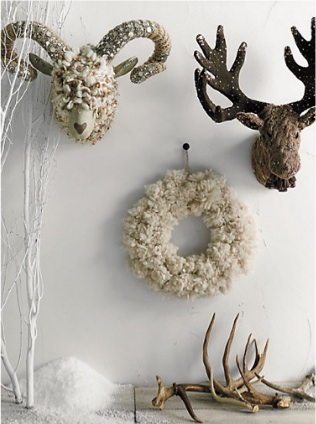 A certain someone in my family was drooling over this wreath as well.
Lots of other bloggers have already made knock-off wreaths like this one this season

I am sure you have seen them popping up all over the place -they are gorgeous!
But I really don’t think of myself as being one of those super fantastically crafty girls
with ‘crafty’ type projects like I think some of those bloggers are.
Now give me a power tool- it’s all good but some of that crafty project stuff doesn’t really like me.
But I decided to get my craft on and try to make that wreath
for that certain someone~ so off I went to my local Ben Franklin.
I looked for a nice pale cream yarn and as I stood surrounded by all that yarn…
I wondered just how one goes about making a pom pom.
(Secretly I was hoping that I would find a big old bag of chunky pom poms ready to go)
As a Ben Franklin employee walked by I asked her about making pom poms, did she know how to do it
and how much yarn would I need for a wreath.
I had enough yarn she said but she grabbed a pom pom maker ($6) and told me I needed that too.
Once home,
I sat down in front of the fire and started wrapping the yarn around and around that little pom pom maker.
I followed the directions to a T but when it came time to cut the yarn and make the pom pom~ my pom poms in the making fell apart.
Every. Time. 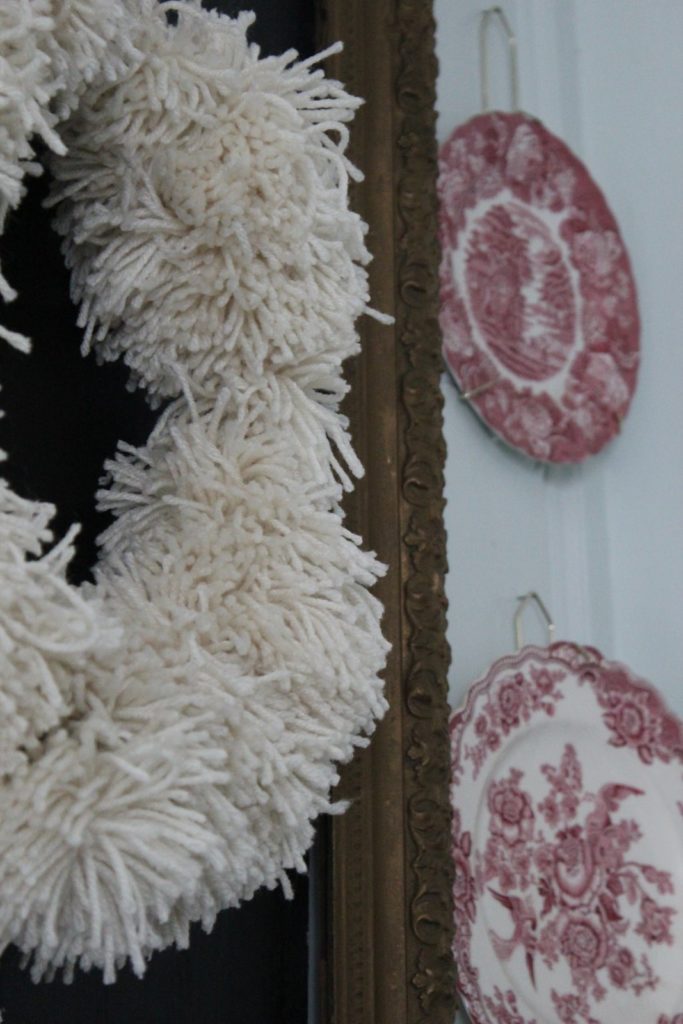 Frustrated, I handed the yarn & pom pom maker to my daughter
a graduate of her first 8 years of school at The School of the Arts -yes literally–
and I showed her my sad looking pile of yarn that was trying it’s best to be a pom pom.
She shook her head and put the maker down and said
“Mom…just stop.  Let me show you how to do it.”

She grabbed the yarn waved her magically crafty fingers and she made one.
Without the little pom maker.
It was fluffy. It was cute.
It didn’t fall apart.
I tried to talk her into making a few… uhm dozen more… of them
but she had things to do that didn’t involve yarn & making pom poms or some weird crazy wreath.
So I tried her method… but it was no go.
Then I did what I should have done in the first place- I googled ‘how to make pom poms’.
I knew that there would be a ton of bloggers & creatives who would have a most awesome method
for making a pom pom that wouldn’t involve a pom pom maker or an Art school education.
Yep, there were. I found several different ways-
with nails in boards,  with a fork, or with cardboard tubes
So I tossed that pom pom maker aside and got busy.
An hour of ‘Revenge’ on TV later  and I had a pretty pile of creamy fluffy &
oh so fun and poofy pom pom balls 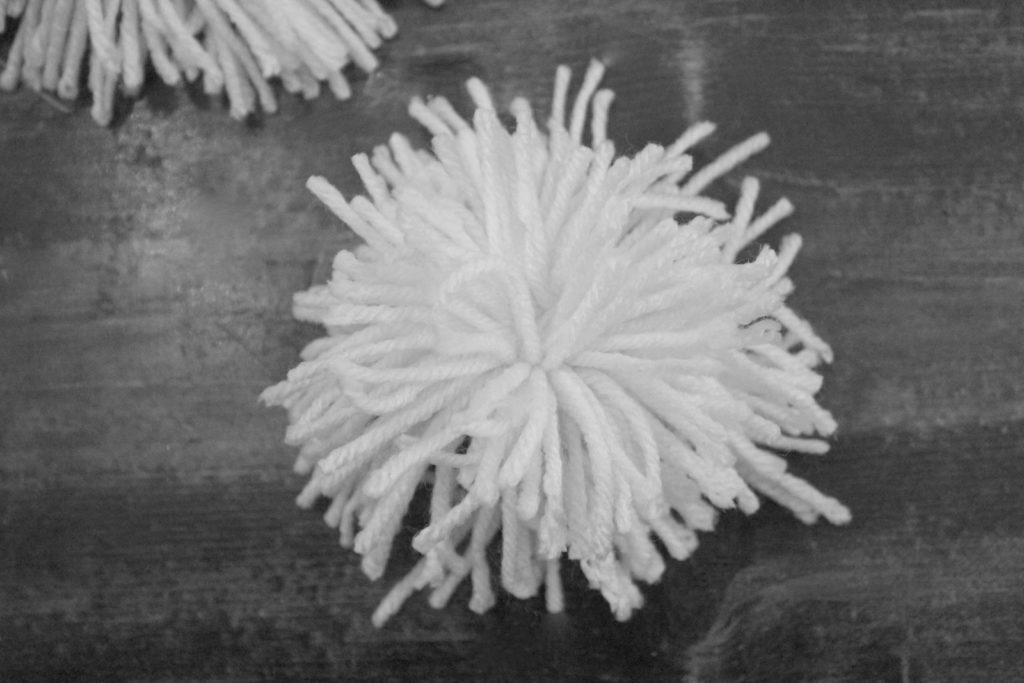 ( ahem… okay… they sort of looked like they were having a wild hair day)
I tied each of them to a Dollar Tree grapevine wreath
When I ran out of pom poms it left me with a bare spot at the top.

I used the silk ribbon I found at Ben Franklin a few weeks ago that was on the boxwood
wreath shared in this  post  and added a simple sprig of berries from the yard. 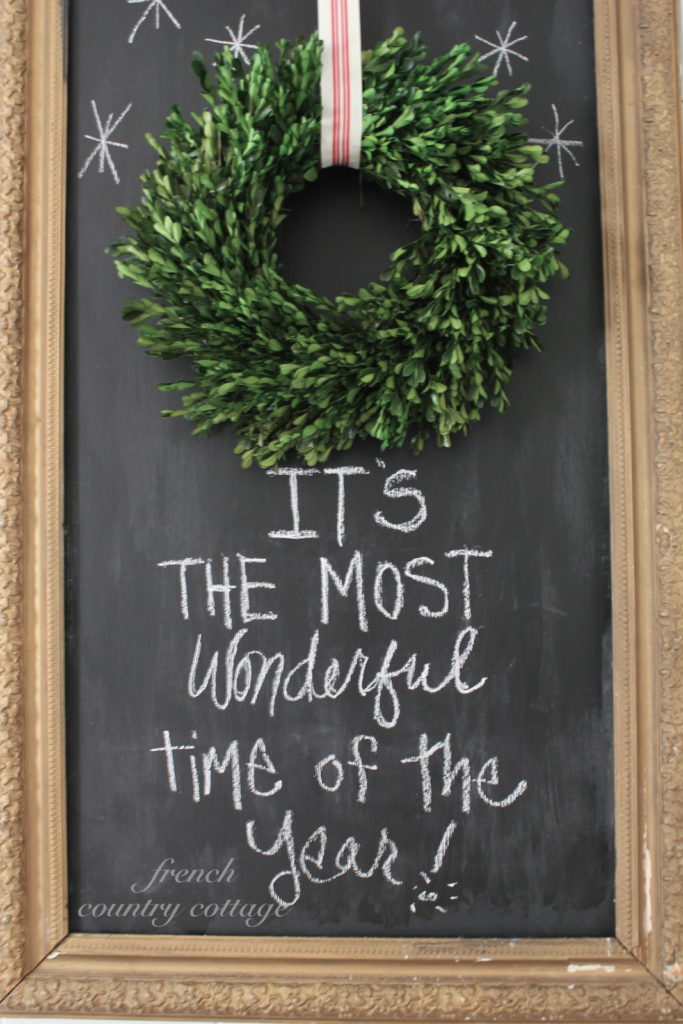 So here is
the could have been only $3.00 for the yarn
but instead was $3 + $6 for the ridiculous pom pom maker
Anthropologie inspired wreath. 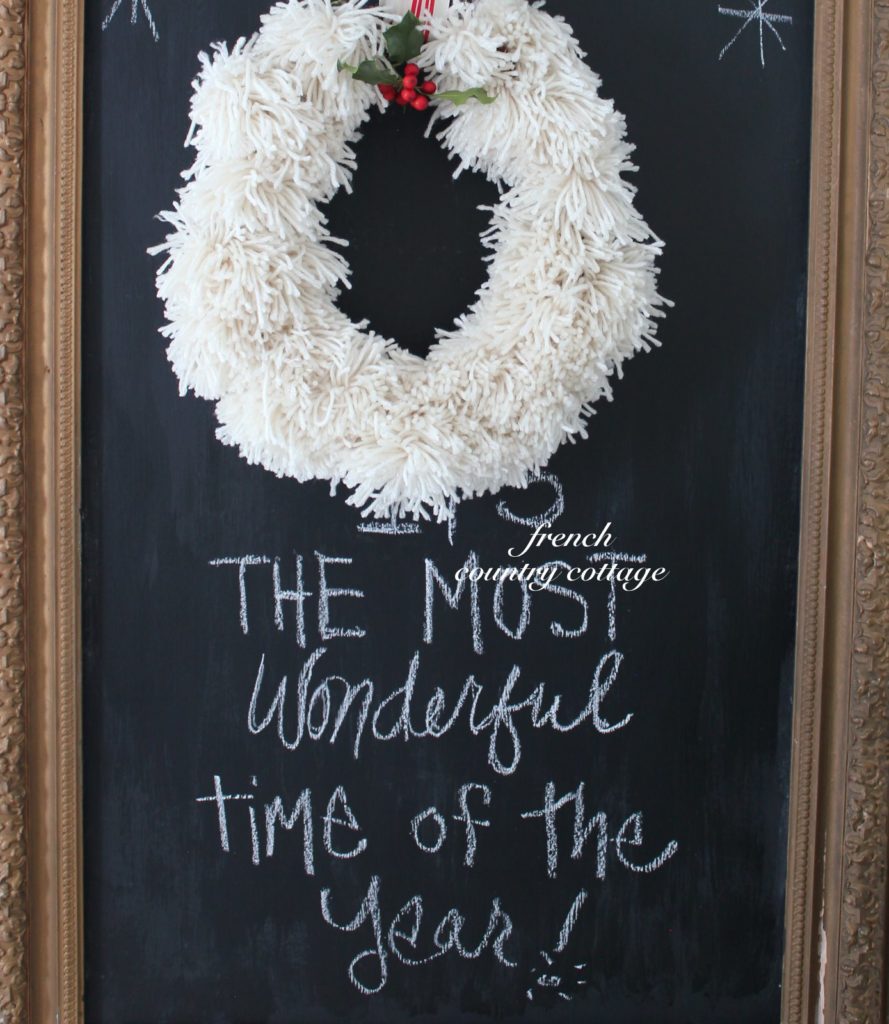 It’s not perfect, definitely a little sparse and has some pretty wild hairs but I kind of like it.

and I like it even more that was $120 less than the one I adored in the first place. 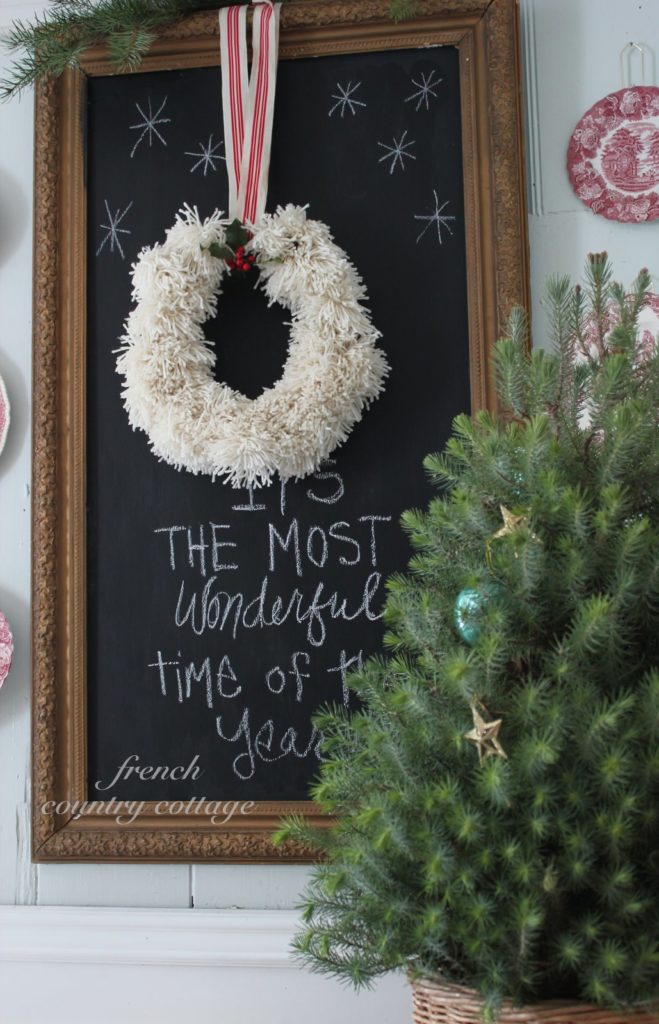 Btw
That certain someone loves their ‘faux’ pom pom wreath
so I guess it was a success.