It is the weekend
and in case I haven’t said it here already
I am excited about it.

I always think that maybe I will just do it and go ahead and sleep in on Saturday or Sunday.
But did you know that I am one of those people who likes to set the alarm
on the weekend?
It is true, but I also have another confession…
Though I am up early,  I never actually get up quite as early as I plan…
You see, there is that darn thing called a ‘snooze’ button.
It is soo easy to swipe on my phone and close my eyes for just another 8.5 minutes.
So technically, on the weekend, I do sleep in a bit longer.
Because I ‘snooze’ 2 or 3 times before I actually get out of bed.
Haha. Rebel over here I tell you.
😉
#1. The Sebastian Chronicles
Sure, this.guy. looks all cute and innocent in this photo.
And his sweet gaze literally makes you want scratch his ears and kiss his head
and speak in blubbery dog talk to him because he is so darn cute. 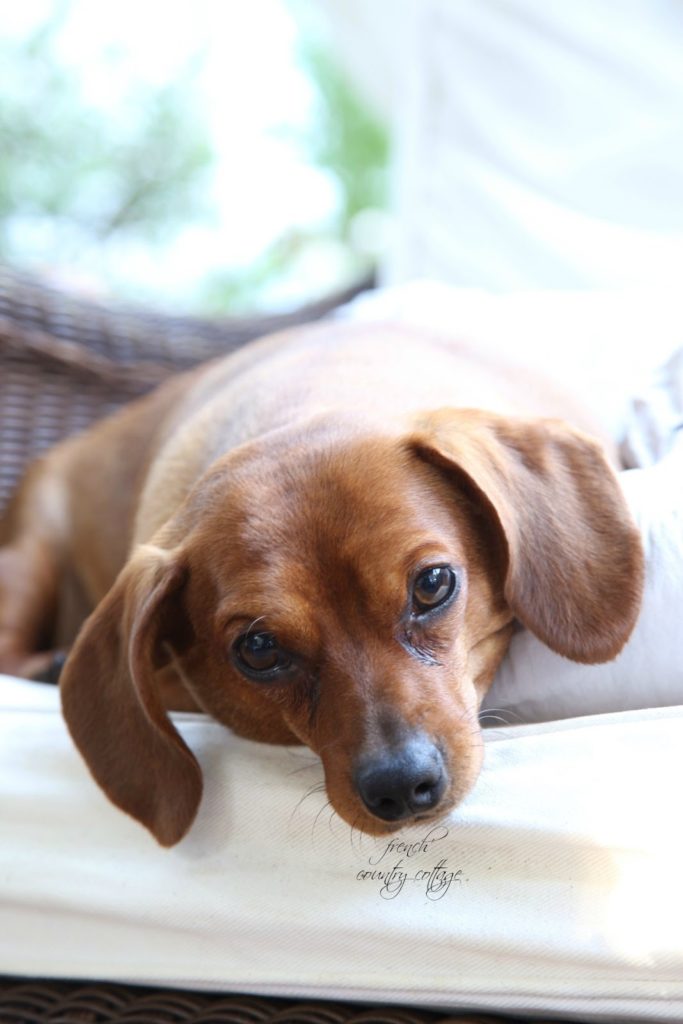 But, this guy , who is my grand dog btw, was a teenager this week decided it was party time.
At 2 in the morning. And 2:30 and 2:50 and 3 and 3:25 And 4. You get the idea.
It was an all night occasion that involved running around non stop- down the hall, under the bed,
down the hall again, to the kitchen, to the living room, to the bedrooms
And Repeat.
Growing up in California, I used to think that when dogs or cats acted crazy like that it meant an earthquake was coming.
But I think this little stinker just wanted to play and he was irritated that no one was up to play with.
We can just say that I needed extra coffee in the morning to make up for lack of sleep
and he, of course, was exhausted by then  and snoozed happily away all day long.
#2. That guy too
The other day, we hopped in the car drove off into the wilderness
(okay, we might have actually taken the freeway and drove for a few hours in that kind of wilderness)
but either way, we arrived at a huge bridge where we started at the top, climbed down to the bottom and then went back up again. Why?
Because it seemed like a good idea. Again, why, right? 😉 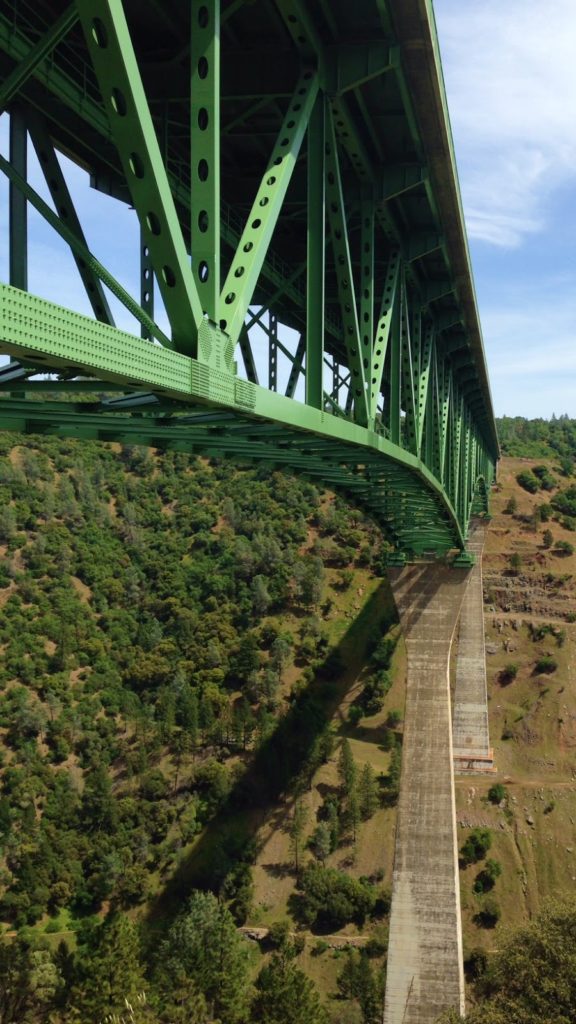 Did you know that both of my boys are personal trainers? Yep, they are. So I mentioned to my oldest that I was justifying taking the next day off because
I worked extra hard the day before climbing that mountain.
He proceeded to say ‘Oh really.’ ( and no, not as in a question. )
Then that it was a poor excuse and that he has heard it all before and to get busy.
I felt like I was at school and was in trouble. 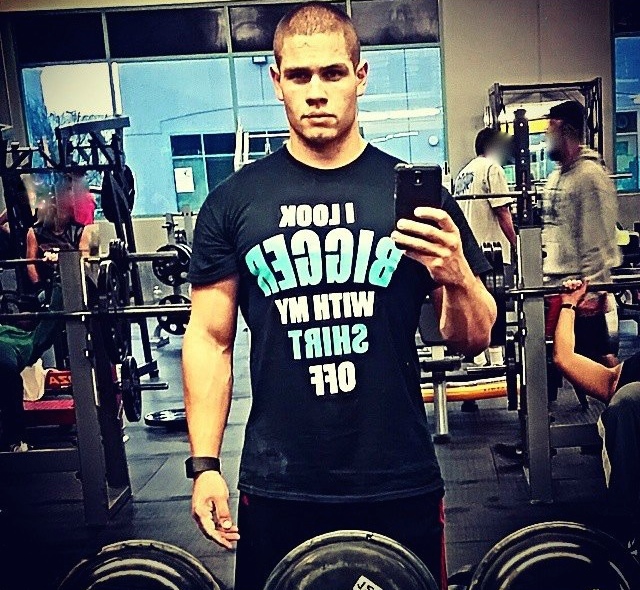 I think he has become one of those personal trainers that yell at you if you eat a bite of chocolate or quietly try to get away with counting 1 rep as 2 because you hate burpees.
(not that I know anything about either of those)
But, a secret? He is super successful and when he isn’t in ‘I will break you’ trainer mode- he is one of the sweetest guys around. So, yeah, I lift the weights.
#3. Sassy pants
I have been known to wear some sassy pants from time to time.
What can say, I have always had that little wild streak that just makes me want to
say yes to the sassy and bring it.
A little leopard print pajama by the fire?  I am in.
A pair of hot pink capris? Much to my daughters chagrin, I wear my hot pink capris proudly.
And yes, I actually wear them to the grocery store and out in public of all.places. 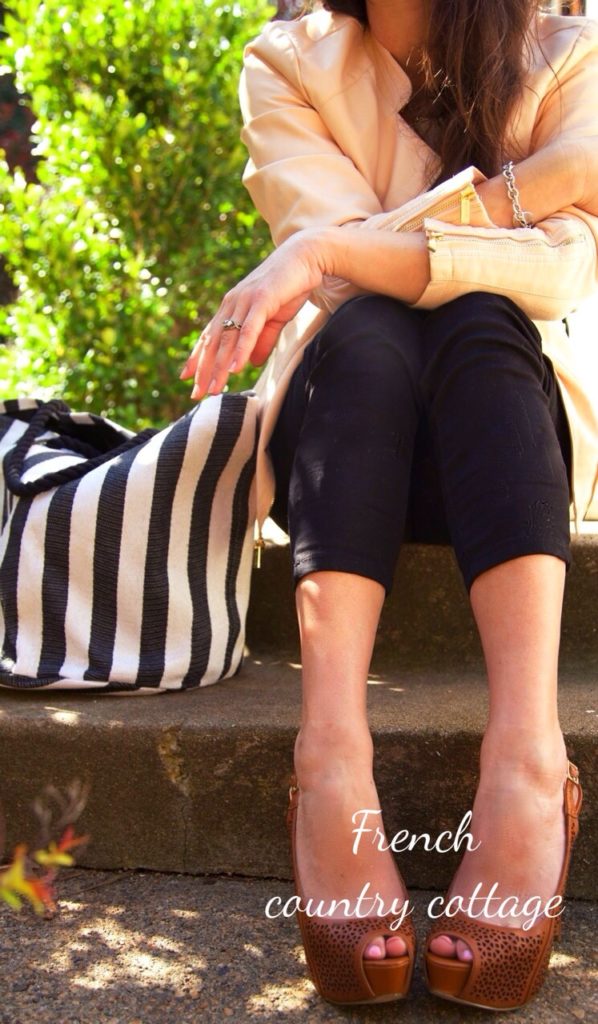 I thought of my sassy pants recently when I was trying to take a photo of myself for a special project. Yikes, right? You are telling me.
So is it the pants that make you sassy- or the sassy that YOU bring to the pants?
I think Sassy pants isn’t really about something wild and crazy that you wear like clothing-
it is embracing a little bit more confidence in yourself and letting that personality out more.
That is really all that is it about. The hot pink capris just help you to work it.
So, here’s to stepping in front of the camera and to wearing more sassy pants.
#4. My View
Sometimes it is the whole picture after it comes together that you see that inspires.
And sometimes, the before is just as inspiring.
Like this bucket of fresh flowers on this bench.  With those trees. And that green grass.
This wasn’t the photo shoot- it was merely waiting to be put to use in a photo shoot-
but you know, sometimes, you see something that inspires you
and you snap a picture of it.

#5. Feeling Blue and White
I am seriously obsessed with blue and white and decorating with it recently.
As in, I cannot get enough and I keep finding pieces that just keep appearing in my shopping cart that have to come home with me.
And this week over at Ebay, I talked about Blue and White collecting and ways to decorate with it.
I also saved some of my favorite pieces in my Blue and White Love collection over there as well
if you are looking for a few new pieces. 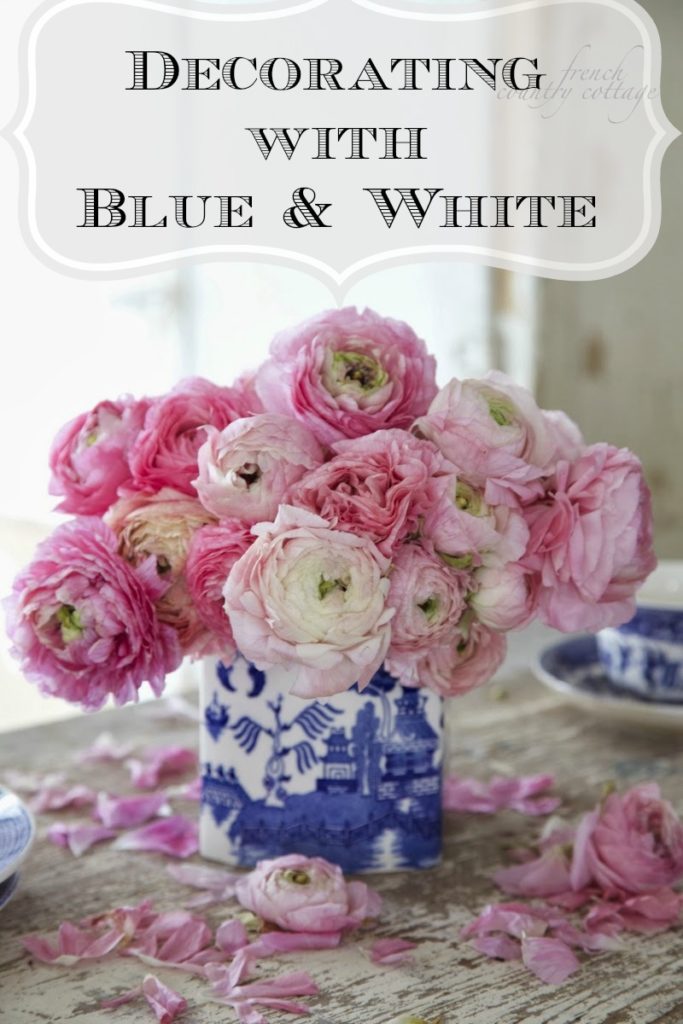 That is about all the randomness I have this week- well other than that I am working on a few new ideas for my blog. They might be fresh bursts of energy- or in all honestly, maybe craziness- but we won’t know until we try right?  Look for those things coming your way hopefully sometime in May.
Coming your way this week-
a design event, more about the kitchen renovation and something fun and inspiring.
Happy Saturday everyone.