Details… 3 favorite looks for a ceiling 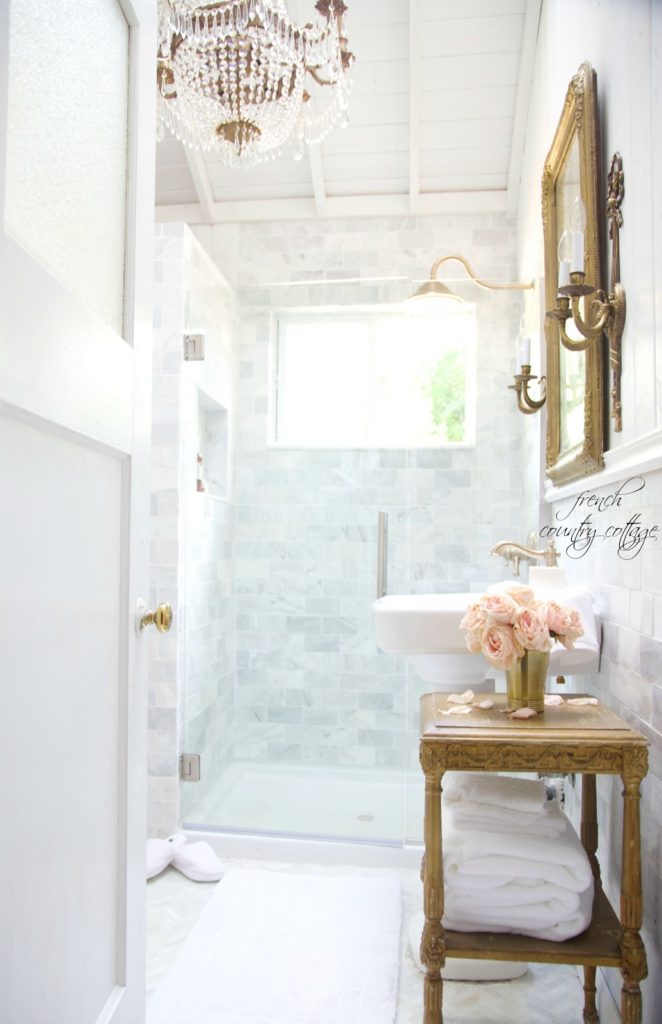 Like chippy paint on a cupboard
gold on a gilded table
delicate lines on a dainty French chair and the texture of the linen upholstery
the crystal chandelier that lights a room
and of course, the architectural details like beams, boards and much more.
You see when you are obsessed with details like I am
the ordinary looks like details.
Because, otherwise, it would just look like
the ordinary.
I have talked recently about our home and how the ceilings
were unfinished when we moved in.
As in, sheetrock. With no taping or texturing.
And that actually was not even totally secured to the ceiling boards.
Did you know we gained a good 4-5″ of height in the kitchen
when we were re-doing the ceilings? 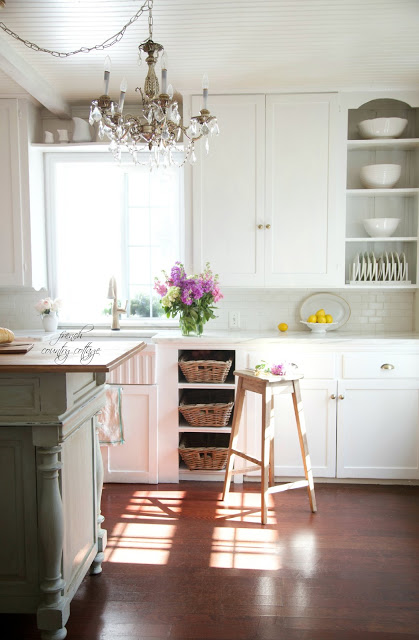 All we did was push up and hold when securing the beadboard.
Seriously.
I am almost afraid to think what might have happened had we not tackled that
project when we did.
Aside from beadboard and beams-
I have been known to jump in feet first with a couple other ways to add some oomph to a ceiling
as well.
I think that ceilings can be one of the most overlooked areas in a room
and they often times are just begging for a little something- something to give them some pizazz.
So I thought I would share 3 of my favorite ceiling looks today-
and a few thoughts about the good
and the bad of each of them.
#1.  Beadboard & Beams 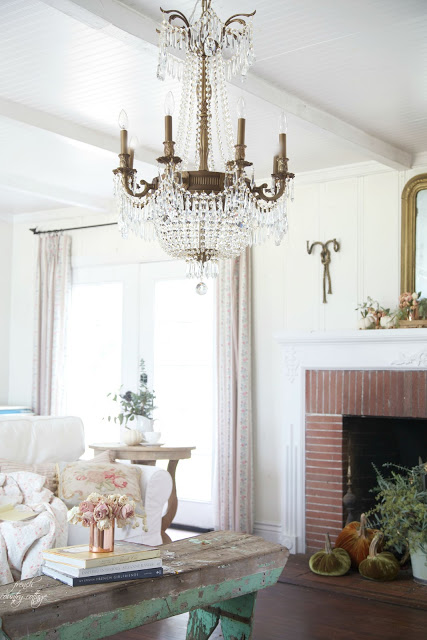 I love beadboard ceilings.
Love… as in, we put them in several areas of our home.
The living room and kitchen were transformed in a day (or so!)  by tackling the unfinished look
and covering it with sheets of beadboard.
Here is what we learned about working with those big ol’ 4×8′ sheets
and why though I love the look- it isn’t my favorite project.
4×8 sheets of beadboard though thin- are heavy.
You need to plan ahead to be able to put them up.
As in- you need to know where your studs are to secure the sheets to,
where your electrical wires run
and also know how you will cover the line where the next sheet starts.
You need more than one set of hands for sure- and the more the better.
In the living room and the kitchen- my husband and I tackled the ceilings ourselves.
We did some really ridiculous things to hold those sheets up once our arms were quaking like a leaf
which happened after a very short amount of time.
Have you ever tried to hold something heavy above your head for longer than about 5 minutes?
Yeah, not the easiest thing to do- and then imagine trying to pound nails
and secure screws while holding the sheet up.
This was the ceiling and project that spurred us to spend the money on the first nail gun.
Here is a key thing we did in the living room and bedroom that helped.
Cut the sheets in half.
4×4′ instead of 4×8′.
Because the beams were running across every 4′
we took advantage of that and worked with smaller pieces.
Much easier. 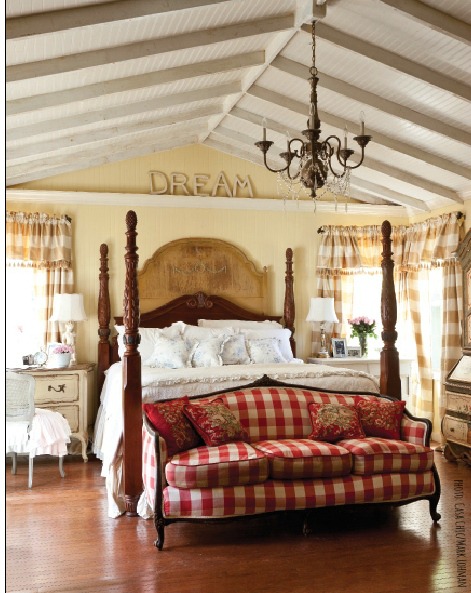 #2. Wallpaper
A simple and sweet way to change the look of a ceiling is by using wallpaper.
It is easy to work with as far as going around things like ceiling light boxes
and it is also easy to cover mistakes with.
The hardest thing about putting up wallpaper on the ceiling is
that your arms and shoulders will get a big time workout
and you will get covered in sticky wallpaper goop.
As in- your hair, your shirt, your face, your arms, everything. 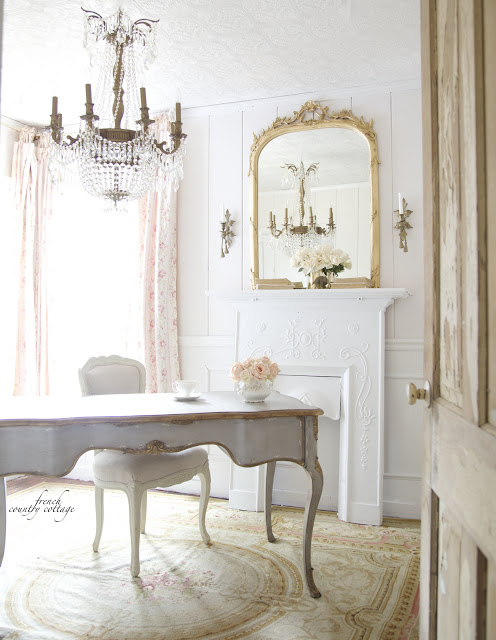 The best wallpaper to use is a textured raised pattern wallpaper.
This one was found at Lowe’s years ago- and they have several of them even now.
It is a messy job- but one that you can do in a few hours and even better-
no need to worry about structural details- it is just wallpaper. 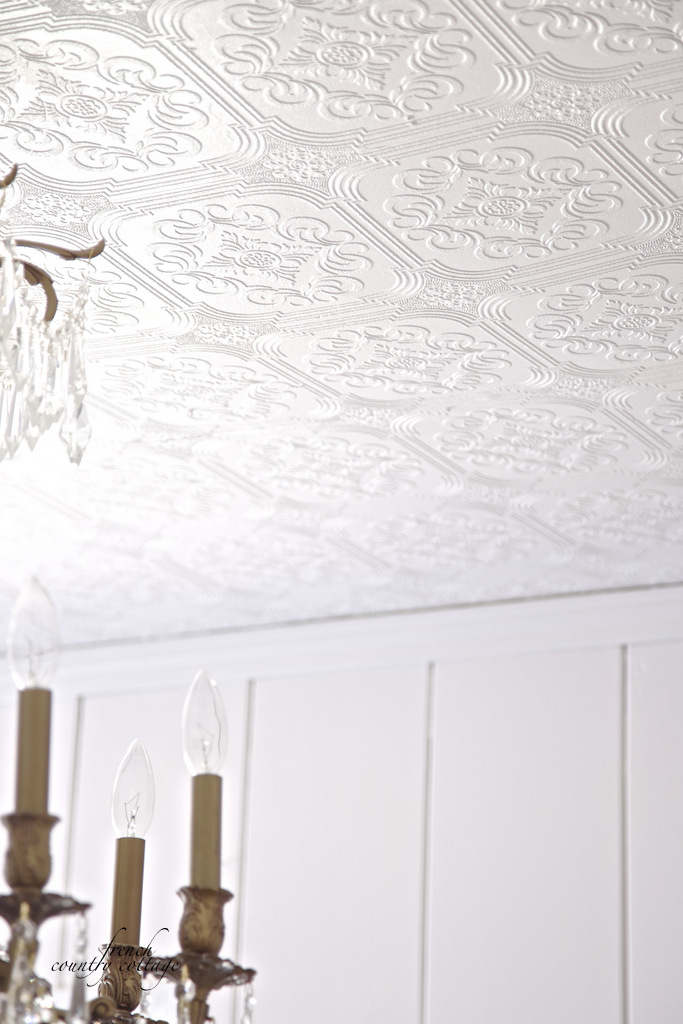 I wallpapered this ceiling by myself- but honestly, working with a friend would have made it
so much easier to do.
I painted it with a semi-gloss paint and called it good.
And for reference- this wallpaper has been up on this ceiling for about 12 years
and has been painted over several times.
So, it definitely has lasting power. 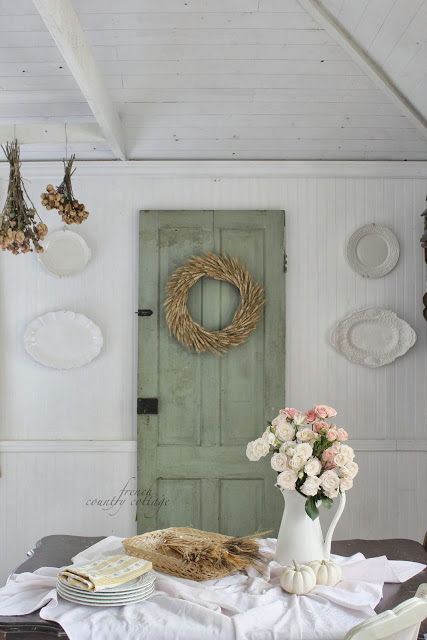 A couple of the rooms in the cottage had a wide wood plank
ceiling that was dark and heavy when we moved in.
They were painted a creamy white of course and are gorgeous and those planks also sparked the design idea for using wood planks in other parts of the little cottage
like the open beamed areas in the kitchen and living room.
We used thin planks to cover the unfinished ceiling areas
and absolutely love the look of how they turned out.
Recently, when we were renovating the bathroom in the house
we used those same wood planks again. 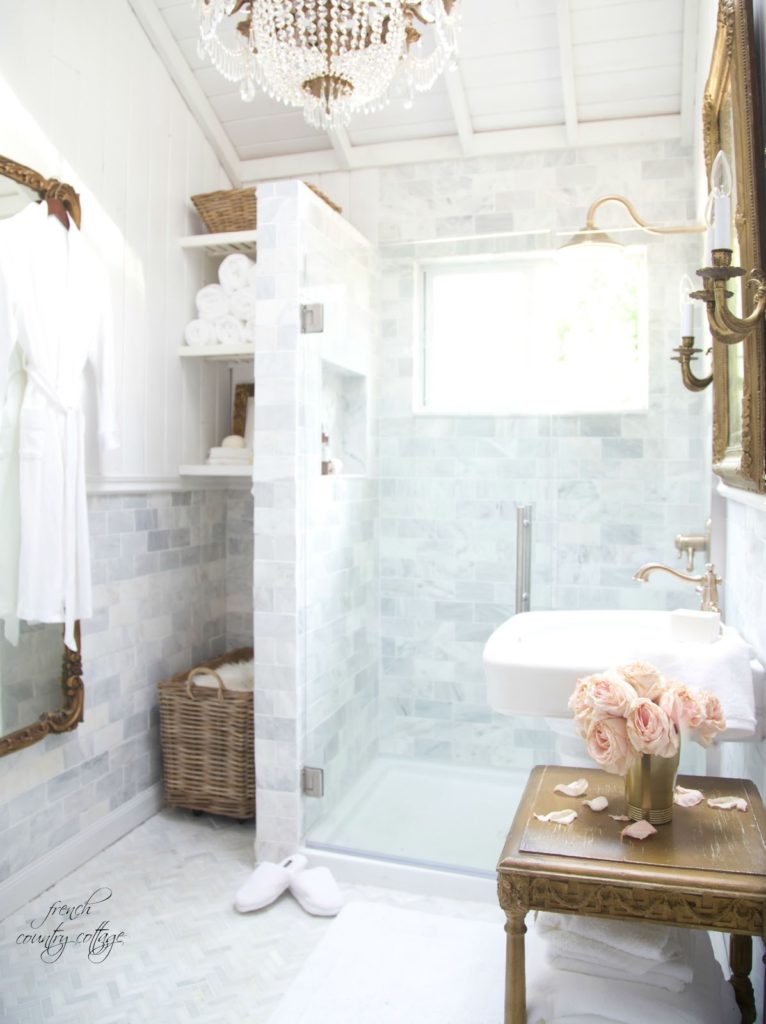 Since we peaked the ceiling to follow the roofline- we were insulating and then covering up
and then starting from scratch with finishing.
We first layered the thin planks along the ceiling rafter boards
and then added the 2×4 details.
Though we didn’t need the 2×4’s for any structural work-
the ceiling felt like it needed something- especially to tie in that skylight.
And since I was going for a ‘barn’ ceiling or beamed ceiling look
this grid pattern just sort of evolved as we played with it.

The planks are easy to put up- they are individual planks of wood.
They are light and simple to work with-and they do go up fairly quickly.
But again- you need to know where your rafters are- where your electrical wiring is
and consult a contractor to make sure that everything is secured properly. 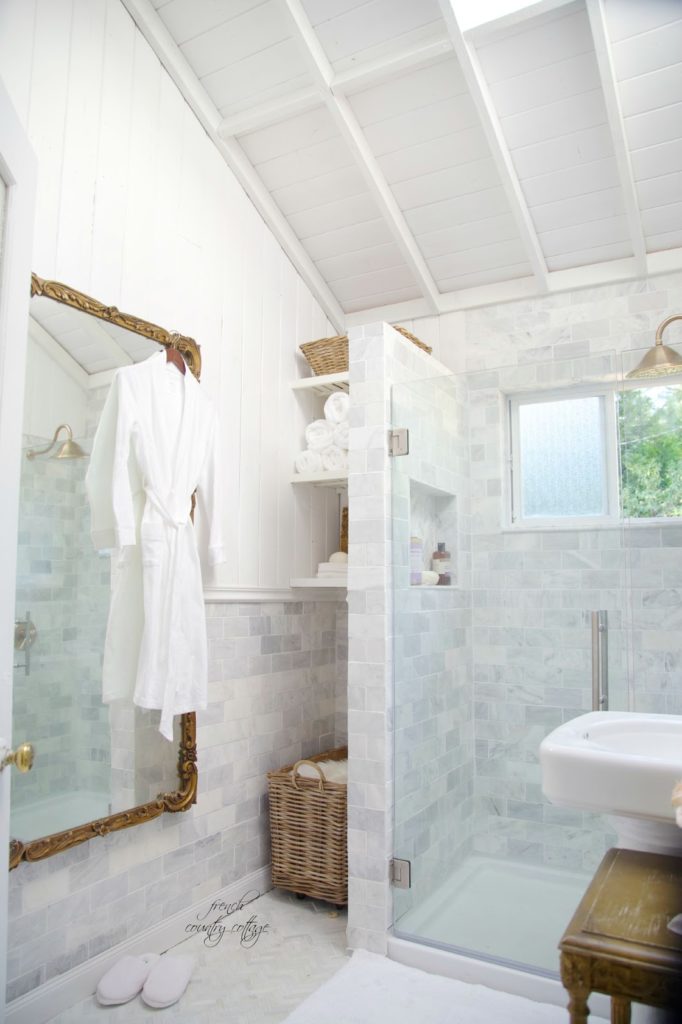 So there you have it.
3 of my favorite ways to boost charm with ceilings.
What do you think?  Do you have a favorite?
(And apologies on the comment and other issues- doing some back end blog work and
running into a bit of wonkiness. Hope to have it fixed soon.)
A busy week over here~
I am working on a few more autumn posts
details about that grabbed my heart and ran away with it french chest
and more.
Happy Monday everyone.
Remember to always consult a qualified contractor when doing any projects
that require securing anything to the rafters, structural changes, etc.  for safety.
I am not a contractor and this is just my experience not a how to guide.
Safety first!