The little kitchen that could

Did you ever read that book- ‘The Little Engine That Could’? 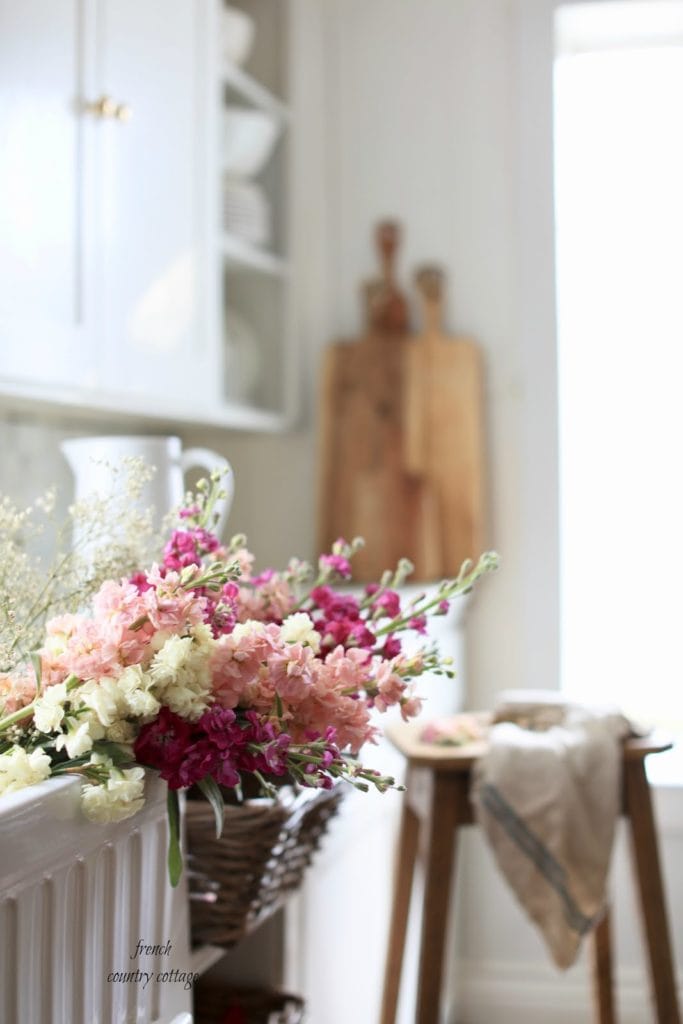 It was one of my favorite books when I was growing up.
It was about a little train engine that dreamed of doing big things that those big fabulous trains did. But it was just a little engine- and it had a chug chug chug instead of a fast smooth zoom.
But that didn’t stop that little engine from dreaming.  And one day, he did something that none of the other big fancy trains were able to do.
Our house is kind of like that I think.
It was a little house that was overlooked by many and that we were actually told to bulldoze and start new when we bought- because the property was where the worth was- not the house. 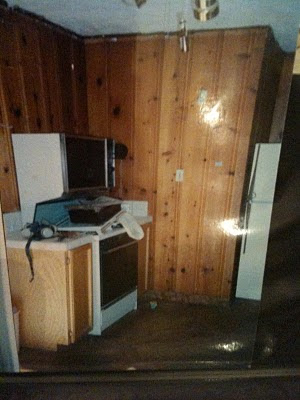 But you see, I saw that little engine.
I saw the shiny things it could do one day.
And I remember when my husband and I  talked about if we could really tackle those broken windows, water damaged walls and 60 years of weathering away…
while raising 3 babies while he worked out of town half the week.
We wondered, we paused, we thought again…
and asked would we really be able to fix up that forlorn forgotten house
and turn it into a home? 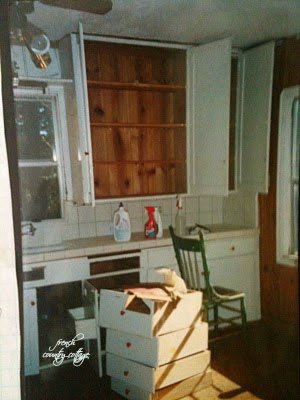 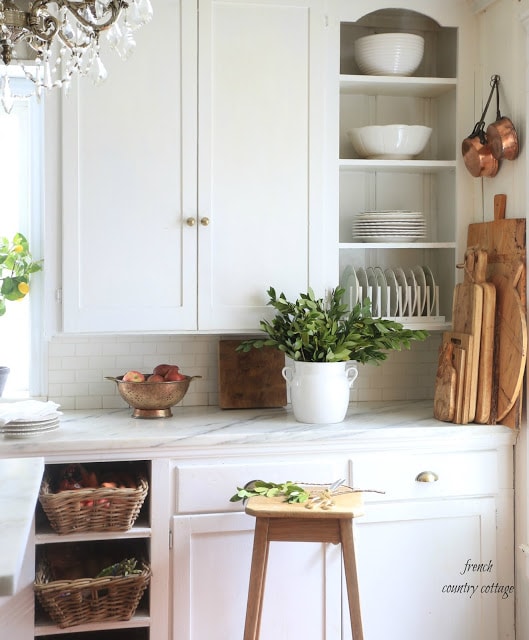 Partly youthful energy, a dash of daydreaming and yes, a sprinkle of not really knowing how much work a project like this house would be….
we jumped in.
And years later…the kitchen is one of those rooms where I now say
‘I thought we could’ 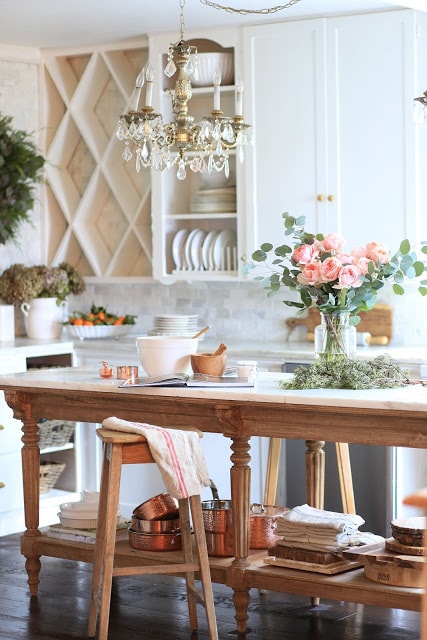 If our kitchen could talk- it might talk about how it started out with an idea and a dream.
A dream that included marble counters, wood plank floors and vintage chandeliers lighting up the room.
So that was where we started. 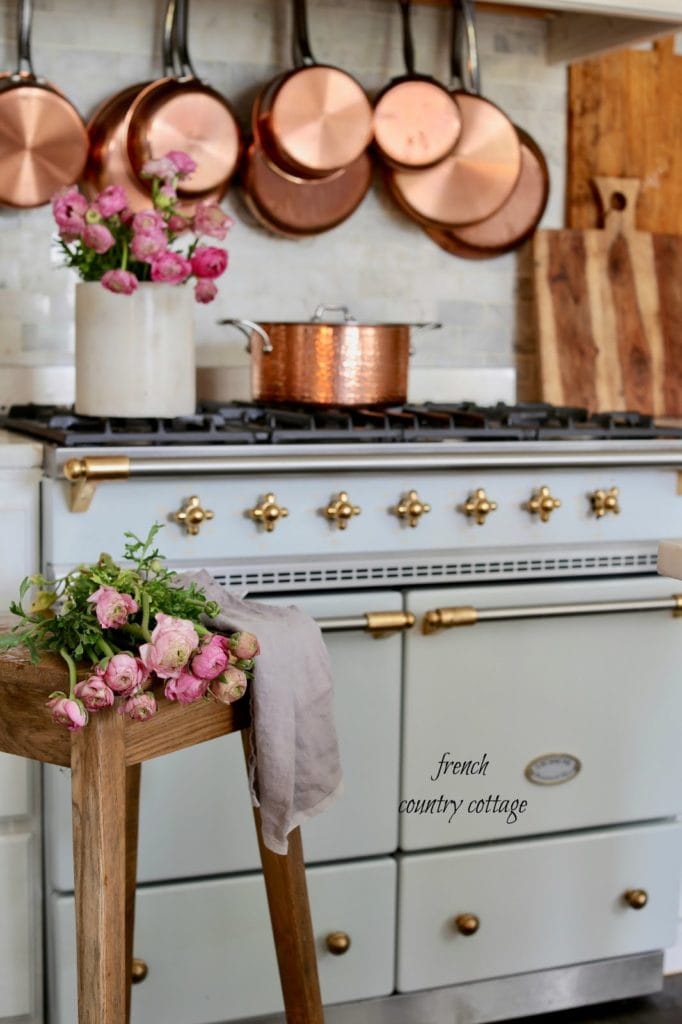 Truth be told- this kitchen evolved and changed and changed again over many years.
And it has taken us many years to get to where we are with it. It wasn’t a big budget, snap your fingers and it was done project. It was a blood, sweat, tears and a lot of saving and DIY work to get it done. And some projects were more about making do- than the first choice. 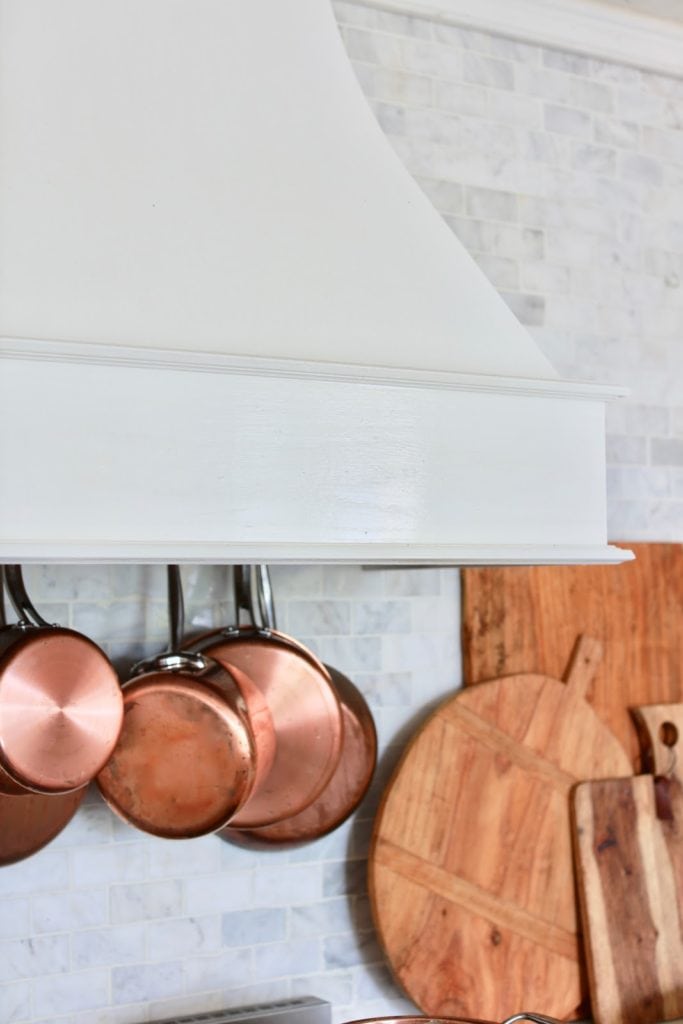 And one of those projects that wasn’t really what I envisioned was the range hood.
You see, I had a big fancy freight train type range hood in mind. And it came along with a big fancy lead time of about 4 months. So- in trying to get this kitchen photograph ready for that little side project called a ‘Book’ – we had to go to plan B and find something we could use to give the kitchen that custom look we wanted- on something more like a 2 week time line. 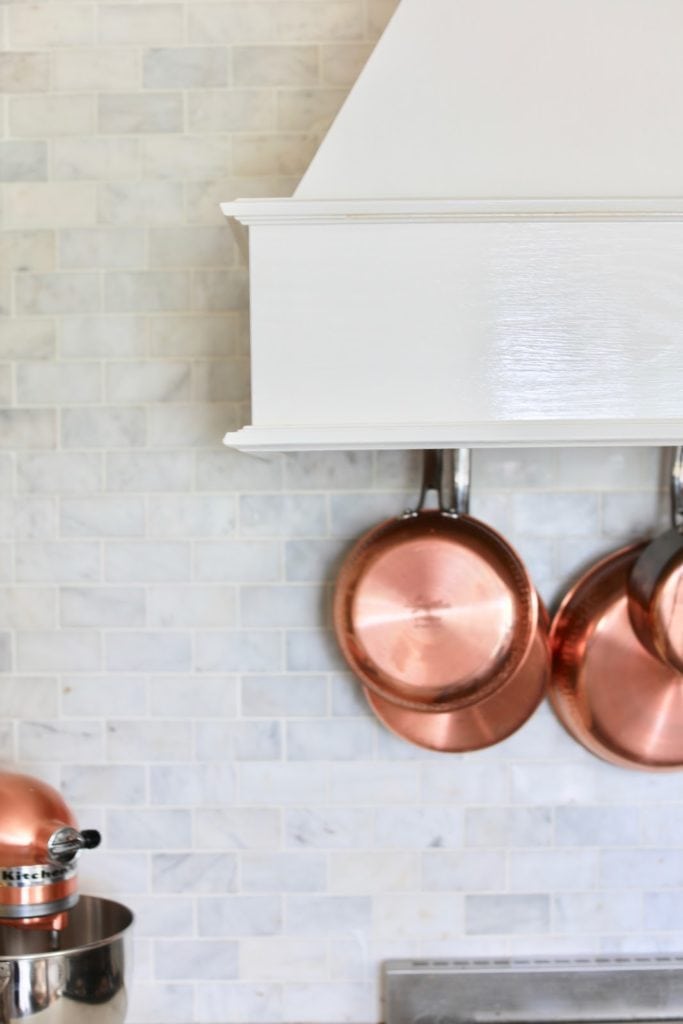 Enter this wood range hood.
Tall and stately. Curvy and beautiful. With little details to add that extra charm.
Fully customizable – and on a dime at that. 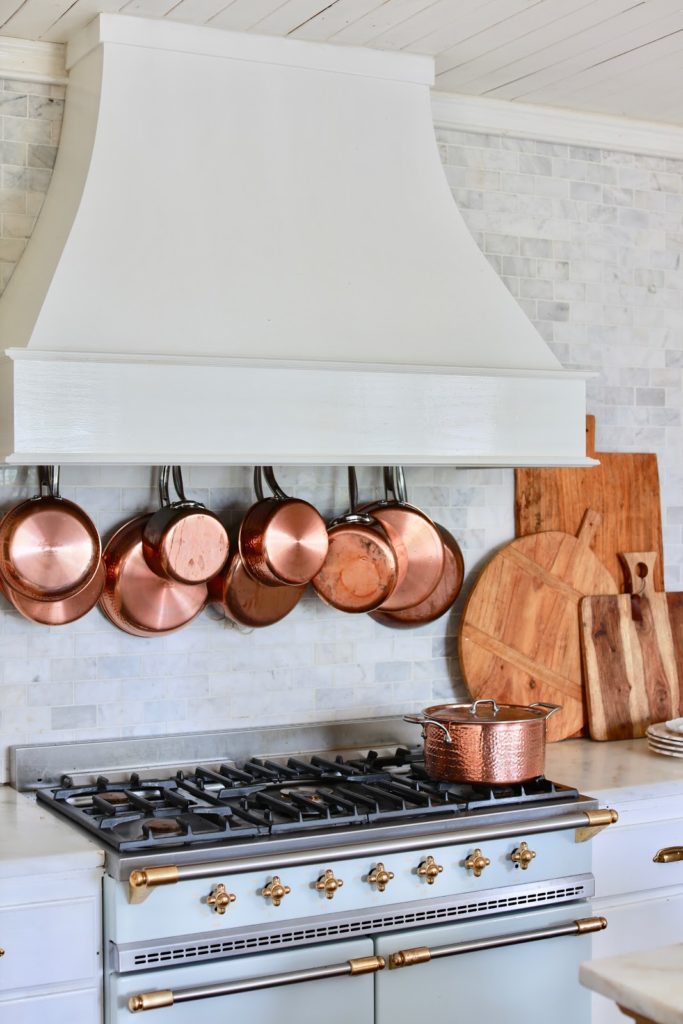 This range hood ships to you ready to be cut to size and ready to finish and put up.
We took about 12″ off the top of it to get it to fit our ceiling height and I chose to paint it with a coat of pretty white enamel type paint.
And voila.
Even though it isn’t the original design – I do love how it turned out and honestly when tackling renovations in a kitchen- something as simple as changing one element like a range hood or taking the doors off the cupboards can make a huge difference for little budget.
We will likely be moving this hood out to the cottage kitchen when we tackle that kitchen update-
and will order the  custom one we originally envisioned for the space.
But for now- enjoying it and the simple charm it brings. 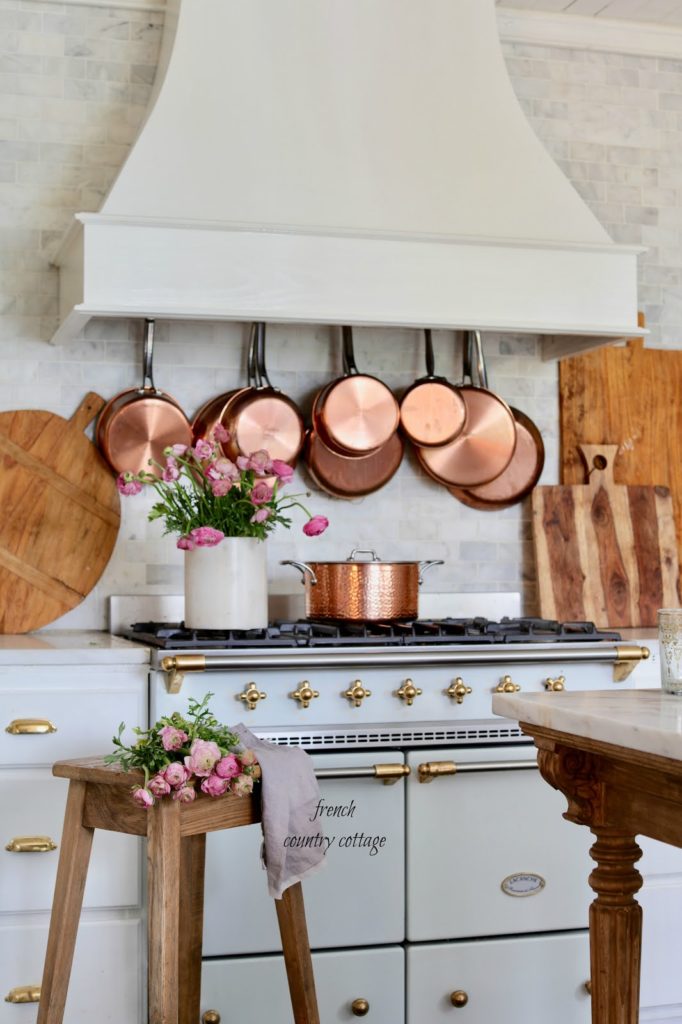 Piece by piece this kitchen has become the kitchen that could.
The one that started looking a little less than lovely and that over the years started to look much like that dreamy vision.
For those who asked:
Find this hood here – you do need to purchase your own insert