I have always loved a good open cupboard.
Vintage. New. Rustic. A ton of shelves or just a few. 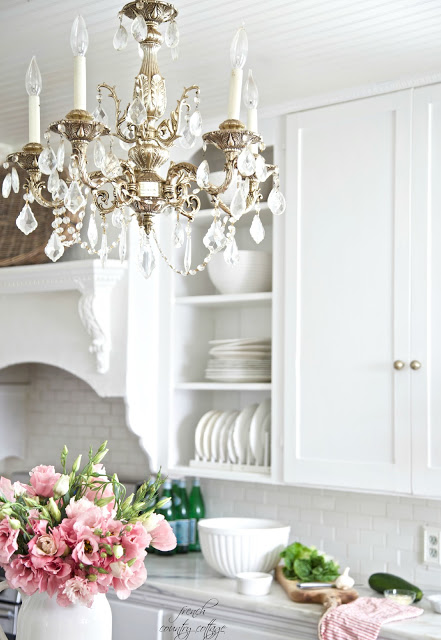 Open cupboards are charming.
Especially when they are stacked with collections like white ware
and they become part of the decor rather than just storage.
Open shelving is one of those things that needs to be pretty as well as do a job.
You can’t have open shelves that are blah.  Or not styled.
They won’t add to a room- they will just distract-
and that is probably not the look you are going for.
So what if you have boring blah shelves and they need a little boost?
Like something simple, charming, functional and pretty
and that is under $10 each?
Done. 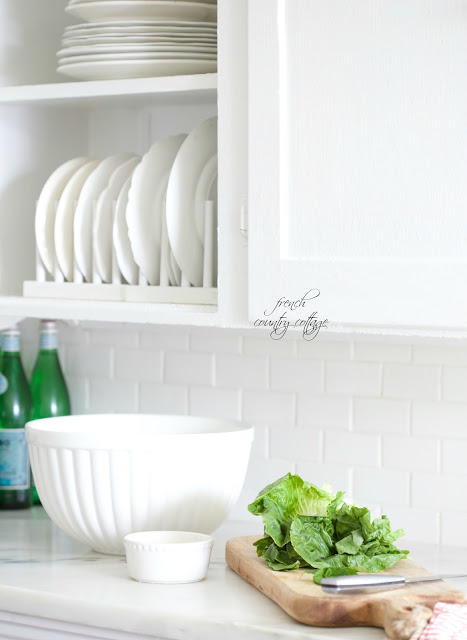 You might remember those open shelves in the kitchen.
The ones on each end of our upper cupboards? 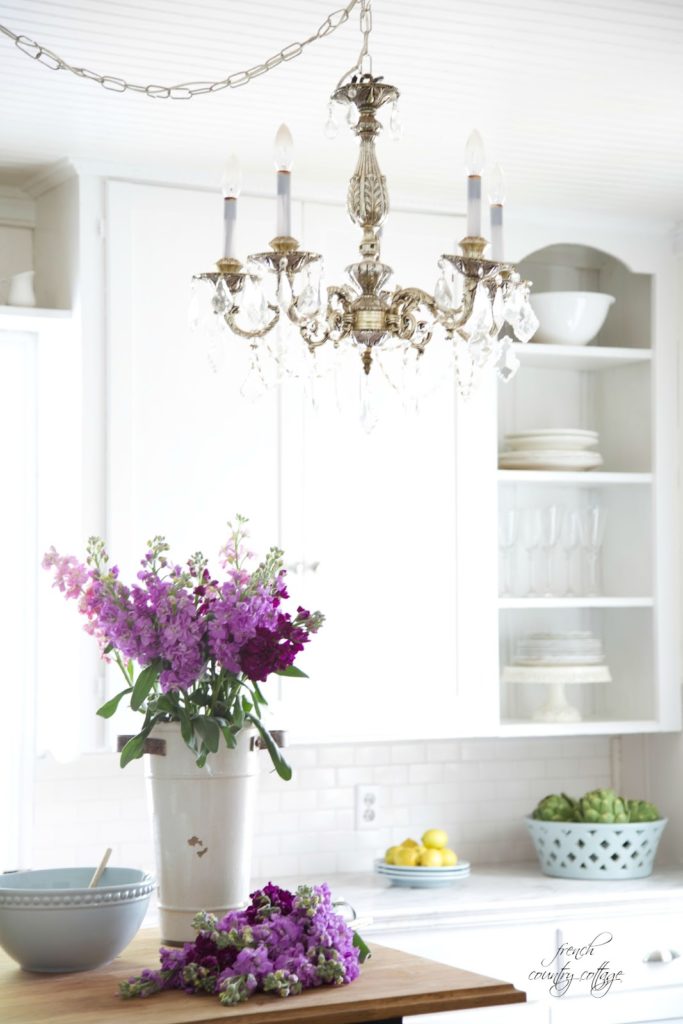 Did you know that they were once behind closed doors?
Sounds kind of ‘I don’t know if that should be on the blog’ right?
Well it isn’t what you think.
They are part of those original upper cupboards- and they were behind closed doors.
And when we moved in, one of the doors was broken.
I took it off in order to repair it – and when I did- I saw those open shelves and stopped.
And instead of fixing it
I took off the other end cupboard door,  painted the shelves, finished the tops
and left them open
You can read about it here.
And when we renovated the kitchen recently-
I knew I wanted to change those open shelves just a bit.
I wanted plates lined up instead of stacked.
Love the look- so neat and organized and just plain pretty.
Can I tell you how many times I have tried to buy those little plate rack displays off the shelves at HomeGoods?  Several. To no avail.  They were the store display pieces. 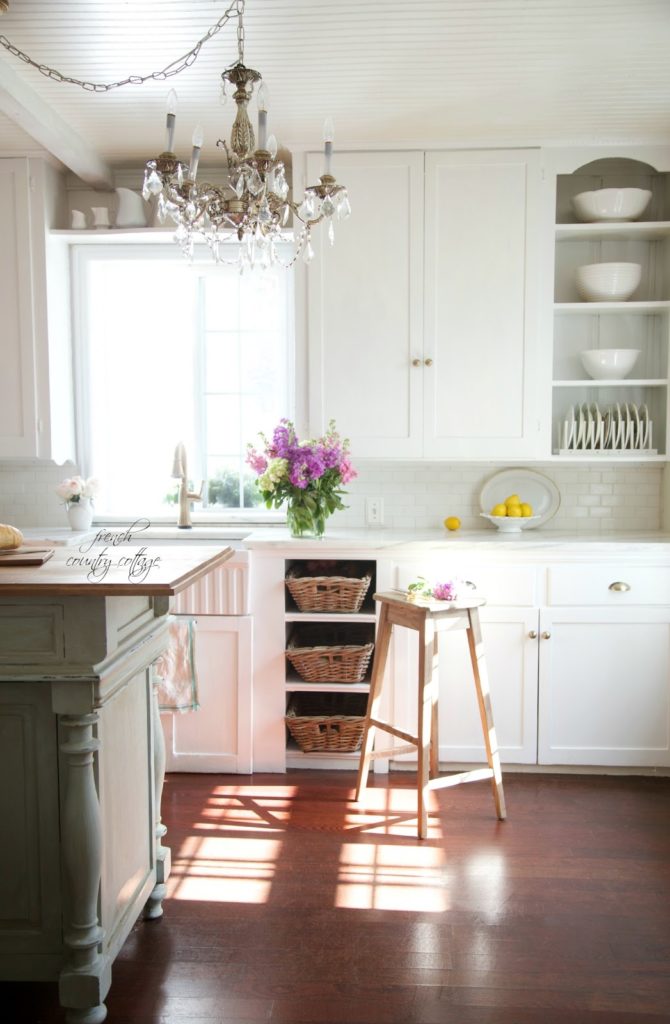 But while I zipped through the maze at Ikea-
I bumped into them for $3.99 each
and into my wild and crazy Ikea cart they went.
Side note:
Seriously. Have you shopped at Ikea in store?
Not only do you get lost following the long and winding yellow brick line-
but those carts are dangerous.
They have wheels that roll every which way,
glide across the floor like it is an ice rink
and they have a mind of their own as far as where they want to go
I have seriously felt like I might need some protective gear when shopping before
It is like being in a roller derby.
Love Ikea-
but am not a fan of those. 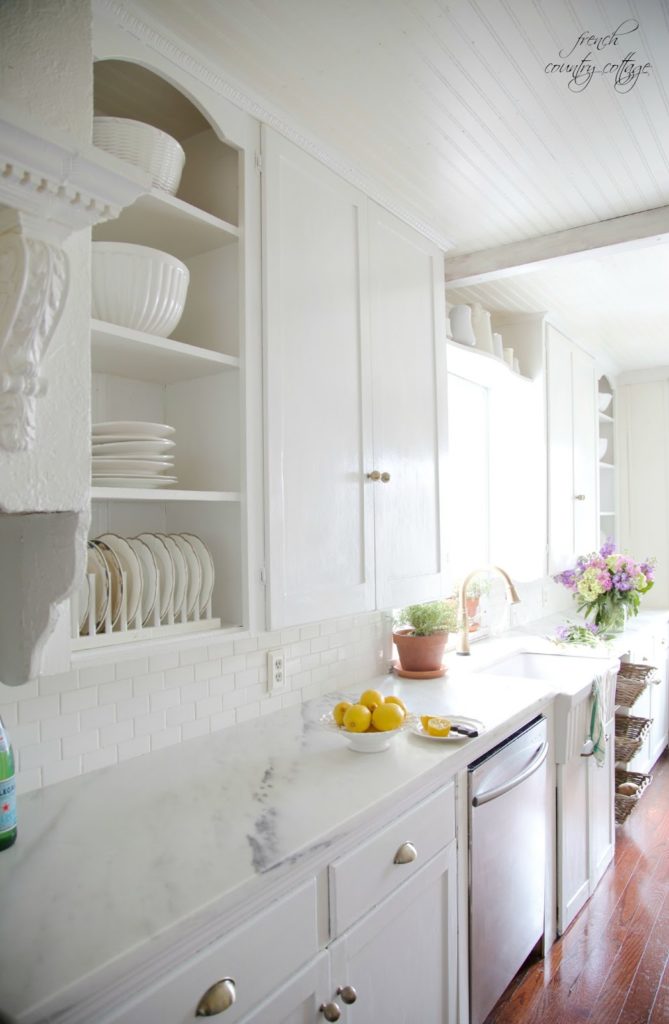 Back to the shelving-
I bought 4 total of the plate rack organizers
and placed 2 of the racks together in each of the bottom cupboard areas.
I painted them white to match.
Then I stacked them with the plates.
and voila! 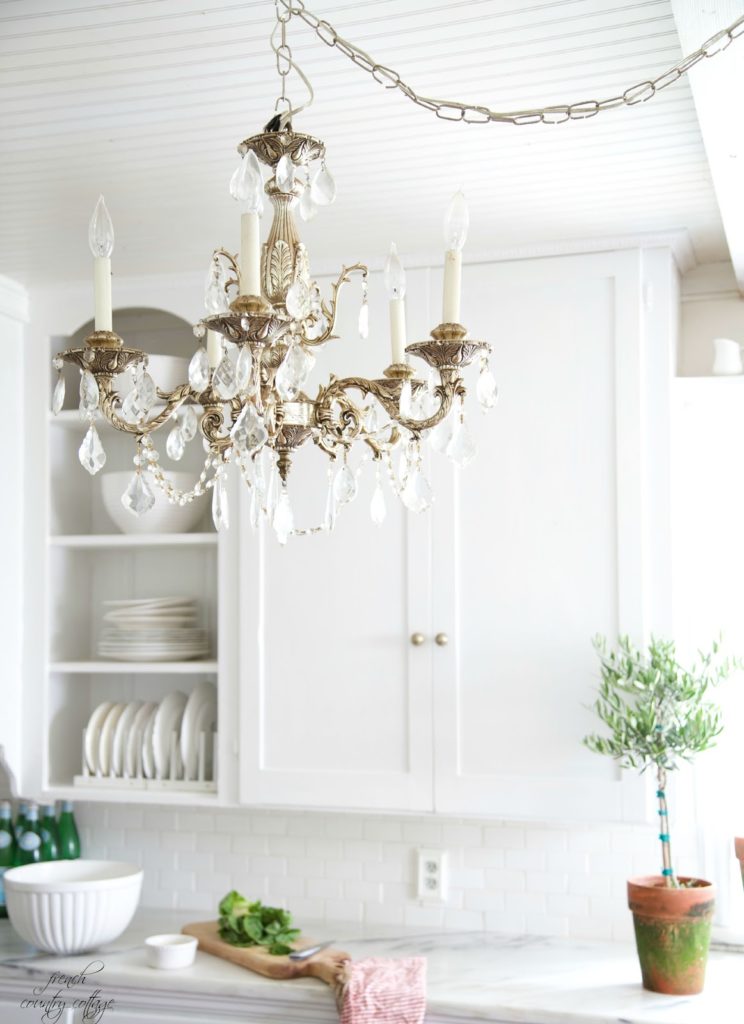 So simple.
Each shelf was under $8 (2 racks at $3.99 each)
and was made over in about 15 minutes.
Most of which was waiting for the paint to dry.
I love a good inexpensive project with big impact.
and love how they turned out.
They were worth braving the Ikea cart battleground.
😉
Happy Tuesday everyone.